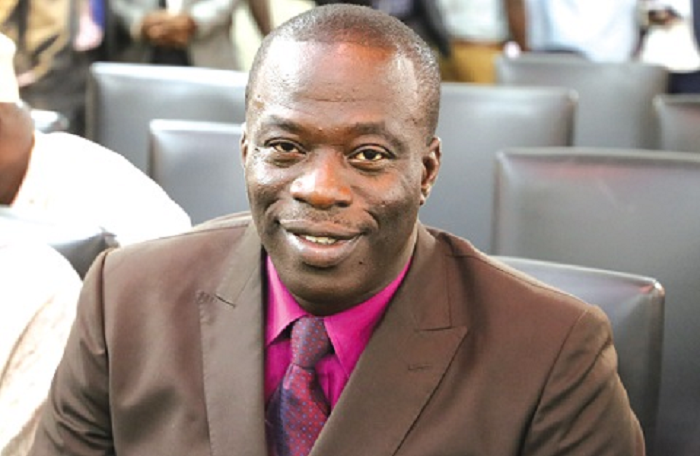 The Minister of Employment and Labour Relations, Mr Ignatius Baffour Awuah, has called on traditional rulers to join hands with the new Tier-3 Pension Scheme by encouraging people in the informal sector to contribute to the scheme.

That, he said, would enable people in the informal sector to enjoy voluntary personal pension payments to cater for their needs at old age.

He said chiefs, as opinion leaders, had the clout to influence informal sector workers to take vital decisions such as contributing to the fund.

Mr Baffour Awuah made the call at the launch of the National Pensions Awareness Week in Koforidua, the Eastern Regional capital, last Thursday.

The one-week education awareness programme, dubbed: "Total Participation In Pensions To Ensure Retirement Income Security", is targeted at workers in the informal sector to encourage them to contribute to the Tier-3 Pension Scheme.

The Tier-3 Voluntary Pension Scheme is being managed by the corporate trustees supervised by the National Pensions Regulatory Authority (NPRA) to help informal sector workers to plan towards their old age.

He explained that working children had to take care of their parents because most of those parents were in the informal sector and did not contribute to a pension scheme during their working days.

He said it was on this premise that those in the informal sector had to be hooked to the pension scheme to be able to make good living in their old age without depending on their children.

The minister charged the NPRA, the body that oversees the smooth running of pensions in the country, to ensure that those who contributed to pension schemes benefited from their contributions at old age.

He asked the NPRA to open up an office in Koforidua to enable contributors, especially those in the informal sector, to check on their contributions and to enquire about matters relevant to their welfare.

The Chief Executive Officer of the NPRA, Mr Hayford Attah Krufi, encouraged traders associations at the various markets to join the scheme and take advantage of the benefits to secure their future.

The Gyaasehene of New Juaben Traditional Area, Nana Twumasi Danquah, cautioned officials of the NPRA to execute their duty diligently for the benefit of contributors.

The Eastern Regional Minister, Mr Seth Kwame Acheampong, said out of the 85 per cent of workers in the informal sector, only six per cent had embraced the pension scheme, and expressed his happiness at the sensitisation programme to encourage more informal sector workers to be on the scheme.