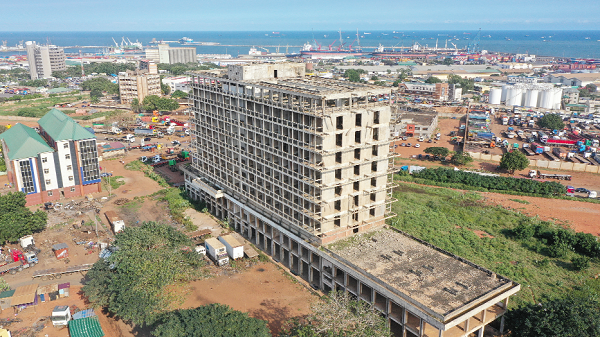 Tema, once recognised as an ideal city and the epicentre of industrialisation in the country, is losing its shine.

Designed by the country’s first architect, Theodore S. Cler, the city, which was commissioned by the first President, Kwame Nkrumah, epitomised the beauty and serenity of urban settlement.

But years of deterioration as a result of the influx of people in search of jobs without the corresponding infrastructure has left a good part of the well-laid-out city in a bad state.

Nevertheless, the Tema Metropolitan Assembly (TMA) believes that all is not lost, and has launched an initiative known as ‘Let Tema Shine Again,’ which seeks to galvanise support from corporate entities and individuals within the Tema Metropolis to help restore the city to its former glory.

According to the Metropolitan Chief Executive (MCE), Yohane Armah Ashitey, the objective is to redesign many of the areas to host modern infrastructure akin to the Airport City in Accra, which has changed the face of the national capital.

Originally a small fishing community, Tema was modelled and developed to be the centre of industrialisation, international trade and urban living.

Being the home of the country’s first harbour, it was christened the ‘Harbour City’, flourishing in business activities and boasting well planned residential communities.

The neat and excellently demarcated communities with well constructed roads were made more appealing by the green landscape reflecting what some people believed to be the values of elitism and power.

Apart from all these, Tema also boasts of being in the centre of the world as the Greenwich Meridian - the imaginary line that divides the world into two parts - passing through the city.

In 2014, the Ghana Tourism Authority (GTA) announced plans to turn the Greenwich Meridian into a tourism spot but those plans fizzled out.

However, the story now is a departure from the past with the city becoming a pale shadow of its former glory.

The increasing rate of urbanisation, especially the quest by many people to take advantage of the vibrant economic opportunities at the Harbour City, is putting intense pressure on existing facilities.

Not only that, the beautiful beaches, former tourist attractions such as the now defunct meridian rock and its longitudinal crossing through Tema, Ave Maria Resort, Casinos, the former Meridian Hotel, the Lagoon Grove between Tema Manhean and Kpone are all merely history.

Makeshift markets have sprung up on the shoulders of the roads, especially in Community One, with the authorities unable to contain the situation.

The sanitation situation is not befitting of the status of the Harbour City, although the metropolitan assembly has been working hard to ensure some sanity.

The overburdened infrastructure has resulted in crude methods of discharging untreated faecal waste directly into streams within the Kpone community, as well as the beaches along Sakumono and Tema Manhean.

Many faecal processing units are unable to serve their purpose effectively due to damage to the facilities.

There is also the springing up of slums in the city, which hosts the country’s largest port and many industries, as a national embarrassment.

dwellers, leaving them to seek alternative living quarters by creating makeshift structures which have turned many of the communities into urban slums.

Areas such as Communities One, Four and Seven, as well as parts of Community Two and the Tema Manhean community have seen many home owners undertake further developments on existing homes, thus distorting the beauty of the structures.

The Secretary of the Tema Traditional Council, Nii Armah Somponu II, told the Daily Graphic in an interview in Tema last Wednesday that the decency of the city had been lost as people flocked in daily in search of greener pastures.

The population growth, he said, had been on the ascendancy without a corresponding provision of facilities commensurate with the speed of growth being witnessed.

“In the circumstance, the few facilities have been overstretched, reducing their life span and the sanitation challenges associated with sewer leakages at the various central processing points are clear examples of what the city has become,” Nii Somponu, who is also the Shippi of Tema, said.

He further stated that job opportunities available presently could not match the thousands of people seeking jobs, and so people resorted to various social vices just to make ends meet.
Nii Shippi said while the TMA and the Tema Development Corporation (TDC) were doing their best, “it appears they are overwhelmed by the rate of population growth over the years.”

“In the past, hardly would you ever see kiosks and container stores around but what do we see today? The people are here and there are no jobs for them. Meanwhile, they must do something to earn a living and also get a place of abode, he added.”

While the present haphazard development continues to deface the city, the MCE told the Daily Graphic that several developmental needs continued to challenge the city which previously was the cynosure of all eyes.

“Education in the metropolis has had its fair share of challenges, with many educational structures are in very bad conditions, posing challenges to teachers, students and the communities in which they are located,” Mr Ashitey said.

The assembly, the MCE said, was determined to revive the fortunes of the city, which required the support of industries within Tema.

“Our desire will be to see companies adopting projects in the area of health, education, slum redevelopment, among other areas, in line with their corporate social responsibilities, while we at TMA also pursue the central government to facilitate the reconstruction of many of the industrial road networks,” Mr Ashitey said.