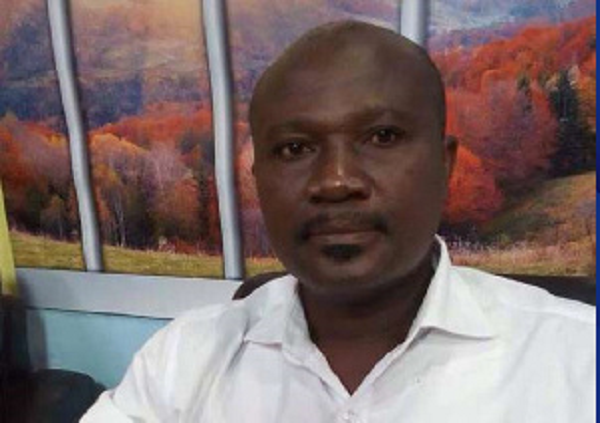 The Ghana Registered Nurses and Midwives Association (GRNMA) has called for the dismissal of the Ashanti Regional Director for the National Service Scheme (NSS), Mr. Alex Opoku Mensah for verbally assaulting a nurse at the Manhyia District Hospital.

In an audio recording emanating from the hospital, a male voice is heard raining insults on a nurse.

The male voice has been identified as the regional director of NSS, Mr. Alex Poku Mensah who also happens to be the father of the House Officer who had a misunderstanding with the nurse.

The nurse is said to have called the House Officer to come to the hospital and log into the E-health system and update the patient's prescription order so that the patient is not billed for unissued drugs but this did not go down well with the house officer and her father.

Reacting to develop, GRNMA said “the public service commission and government for that matter should sack the said regional director immediately because he is not fit for the Director position he holds in the Public Service”

The association said Mr. Mensah had no right to enter Manhyia Direct Hospital, verbally abuse and threaten the nurse in question who was on duty at the time.

The association has therefore given the government 72 hours momentum to sack Mr. Mensah, “or all nurses and midwives at the Manhyia house hospital will lay down their tools to be followed by the whole of Ashanti, and then it will be escalated to the whole nation”, it threatened.

It also advised the management of the hospital to school the said House Officer on her role in the medical team, adding that the association will continue to advocate for their patients and clients even if it makes another member of the team uncomfortable.

GRNMA urged all nurses and midwives at the hospital to remain calm and go about their normal duties effectively.

It also asked the Ashanti regional branch of the association to report the incident to the police immediately and report the same to GRNMA Headquarters.

Below is the full statement: 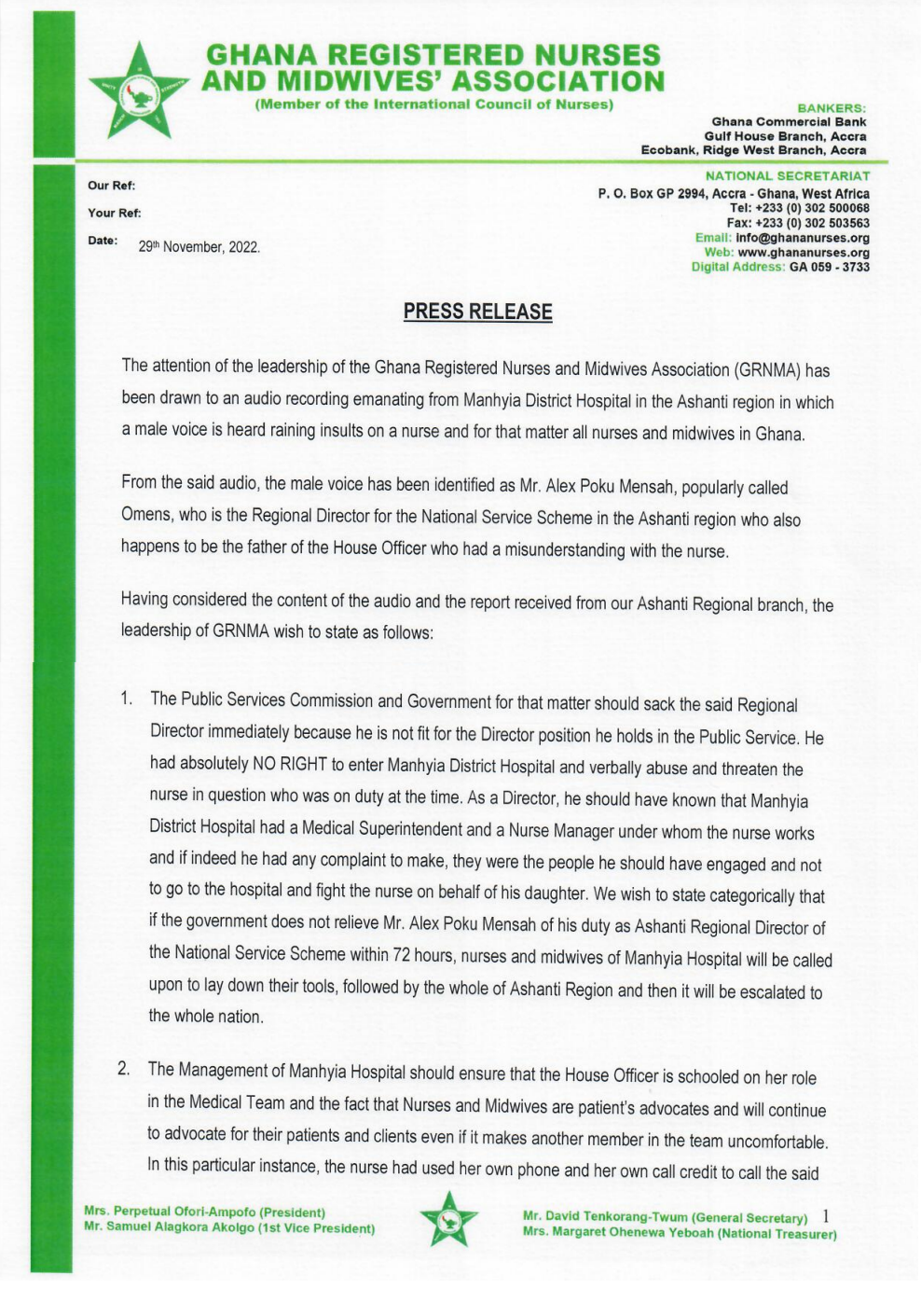 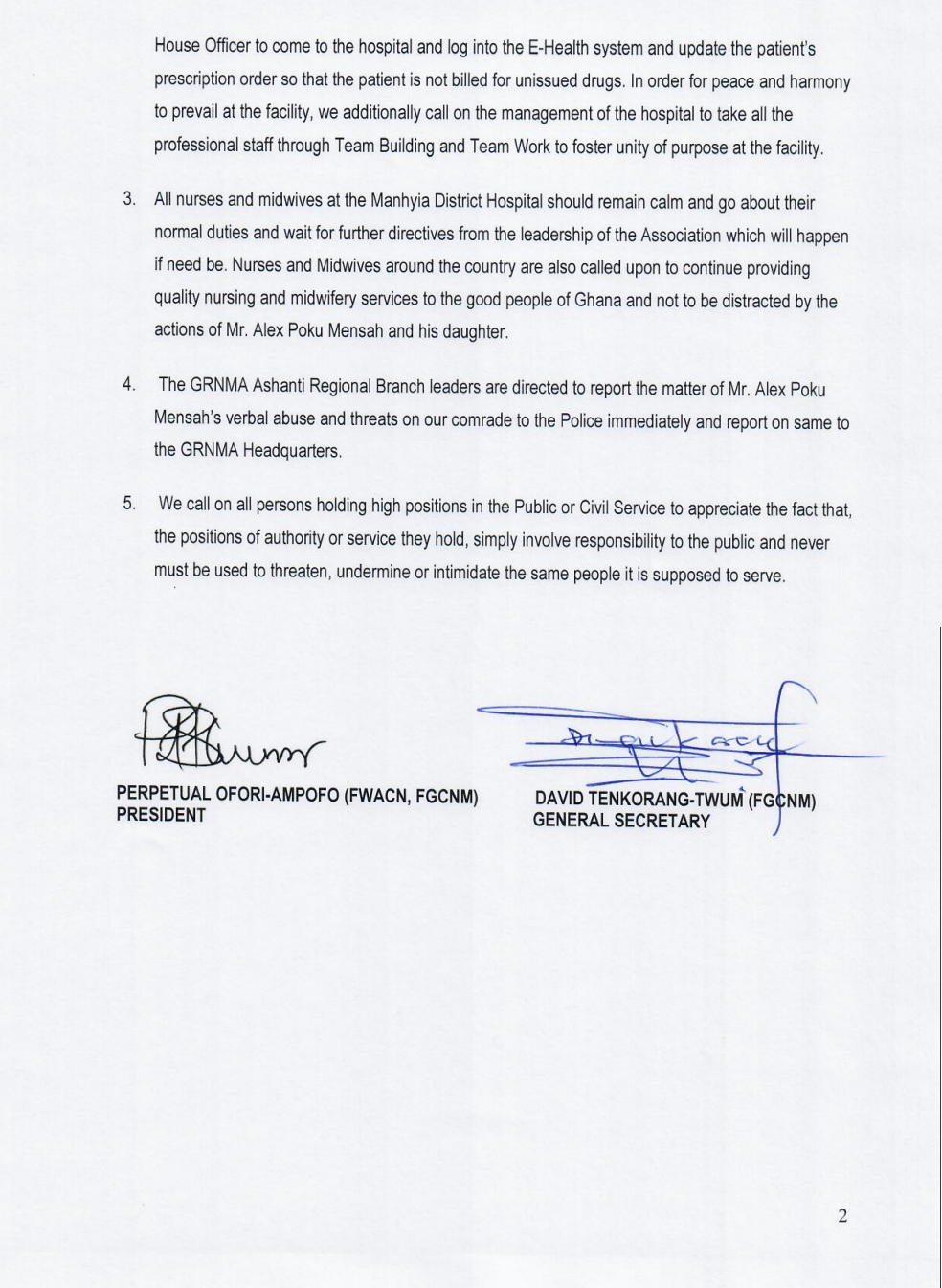