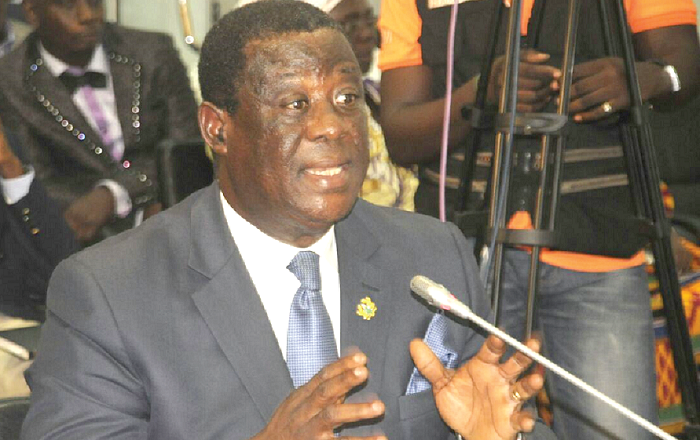 The Minister of Roads and Highways, Mr Kwesi Amoako Atta, last Wednesday morning embarked on a swoop at a construction site at the Airport Residential Area in Accra, and ordered the arrest of the contractor.

The project, a 22-storey building being put up by a Turkish Contractor, KASS+F, is located at the Senchi Street, behind the Association International School.

Some residents of the neighbourhood poured out onto the street in a jubilant mood to thank the minister for his intervention.

And while the residents were jubilating over the directive, the visibly livid minister declared ‘war’ on anybody found to be associated with the project, irrespective of their political or social status.

The minister said the assembly, under whose jurisdiction the project was located, would have questions to answer about the circumstances of the project.

In the milieu, four persons, made up of three expatriates and a Ghanaian, were arrested while the Ghanaian labourers employed at the site were ordered to move out of the project site.

The make-shift fencing at the construction site was razed down by a bulldozer, stripping the structure ‘bare’, as armed police officers kept the area under heavy guard.

Mr Amoako Atta, who was accompanied on the exercise by some of the directors at the ministry, said the contractors would be processed for court and described their action as “unacceptable at the highest level”.

He said even though the government welcomed foreigners doing genuine work and business in the country, “we will not countenance anyone who takes the law into his or her own hands”.

The minister said Ghana needed and loved to accommodate law-abiding foreigners and urged foreigners in the country to respect the laws of the land and its people if they wanted to stay in the country.

Mr Amoako Atta asked the Director of Urban Roads to ensure that traffic along that portion of the road flowed smoothly.

Some of the residents, who spoke to the Daily Graphic, expressed excitement that the ministry had heard of their plight and moved swiftly to ensure that law and order was restored in the area.

The Headmistress of the Association School, Mrs Audrey Doryumu, who could not hide her excitement, thanked the minister for taking such a bold decision to halt “such illegalities”.

She said the school had raised objections to the activities of the contractors and had reported its activities, but no action was taken.