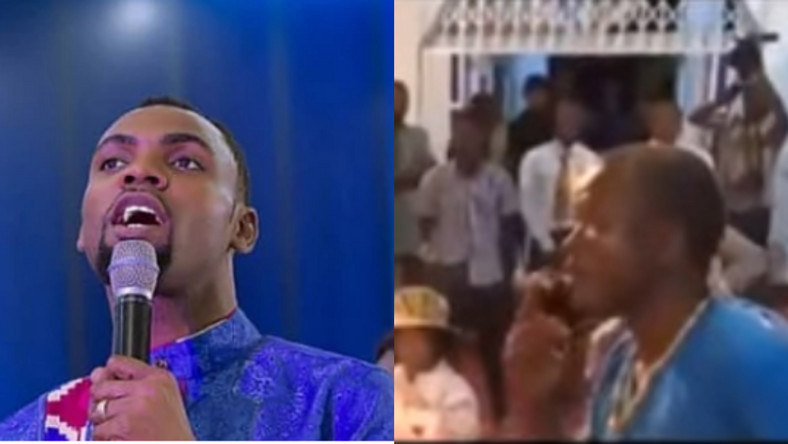 The founder of the Anointed Palace Chapel International, Reverend Francis Antwi, popularly known as Rev Obofour, has been invited by the Accra Regional Police Command, to assist with investigations after he allegedly made a church member smoke a suspected narcotic substance openly.

In a bid to deliver the said church member of an evil spirit during a church service, Rev Obofour made him smoke the substance.

Rev. Obofour had been invited to the church of another popular Ghanaian preacher, Abruku Abruka for a three-day church programme.

During the service, Rev. Obofour asked if anyone in the Church auditorium had marijuana [wee], and a man elected to step forward and produced a small box, which he claimed contained one roll of wee.

Rev Obofour asked the man to light the substance and smoke for him to verify if it was truly ‘wee’ so he could deliver him from the smoking habit.

The man obliged by smoking the banned substance openly in the church.

The video [below] of the incident has since been published online.

This is because marijuana [wee] is a banned substance in Ghana.