Ramadan is period of forgiveness 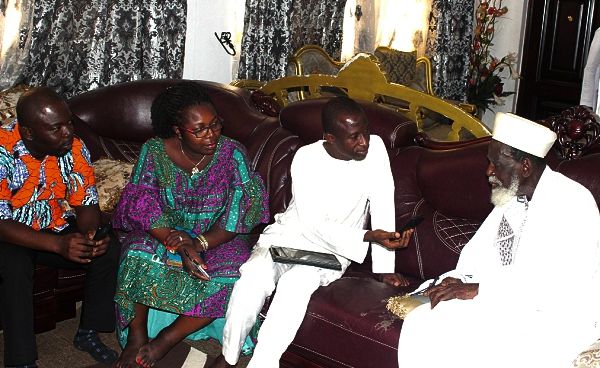 The National Chief Imam, Sheikh Osmanu Nuhu Sharubutu, has stated that the Ramadan period is a period of immense bliss and forgiveness for Muslims.

In an exclusive interview at his Fadama residence in Accra, Sheikh Sharubutu said it was in the last 10 days of the Ramadan period that Allah sent the greatest book, the Holy Qur’an, to the greatest man, Prophet Muhammed (PBUH), through the greatest Angel, Angel Gabriel.

Quoting a verse from the Holy Qur’an, he said it was in the last 10 days that there was the night of power which was comparable to 1,000 months.

Sheikh Sharubutu said the 1,000 months mentioned could be more, as the indication was that the night of power was worthier than several months.

The Ramadan fast is one of the five pillars of Islam, which also includes prayer and charity.

To fast, Muslims abstain from eating, drinking, smoking and engaging in sexual activity from dawn to sunset.

Sheikh Sharubutu said there was a story of a man in Israel who used to pray during the day but engaged in killings during the night.

The Chief Imam said Allah enjoined Muslims to observe the fast as was observed by those before them in stipulated number of days so that they might attain piety.

He said: “It is a month that Allah bestowed His blessing to whoever committed himself or herself to prayer.”

“It is in this month that we have Lailatul Qadir (night of power).

It is called by that name because it is the day that Allah decrees whatever will happen to mankind from this year to the next,” he explained.

Sheikh Sharubutu said doing good deeds on that night of power was more than 1,000 months, and indicated that it meant several months.

“It is Allah who exalts small work on more work; it is a blessing from Allah.

Allah gives his blessing on whom he wills,” he said.

The National Chief Imam said the Muslims were surprised about that man’s action, and Allah sent the message to say that the night of power was more than 1,000 months.

“On that night, Angels descended, including Angel Gabriel, and brought what Allah decreed for man.

It is a night of salvation, the Angels extend peaceful salutations to Muslims engaged in prayers,” he said.

Sheikh Sharubutu expressed joy that Muslims were concluding the Ramadan fast for the Eid-ul-Fitr celebration.

The Eid-ul-Fitr is a great day for Muslims as they were assured of Allah’s blessings and forgiveness for going through 29 or 30 days period of fasting.

Muslims, young and old, males and females, in their new apparels, converge on prayer grounds in the morning to worship and thank Allah for guiding them through the fasting period.

Later in the day, the Muslims prepare their respective best delicacies, mostly rice and chicken, rice balls with soup, or fufu with soup, to enjoy with their families.