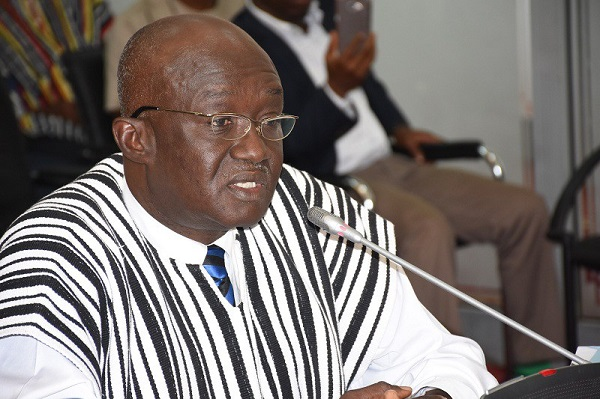 The President, Nana Addo Dankwa Akufo-Addo, has expressed shock over the death of the former Minister of Aviation, Mr. Joseph Kofi Adda.

Reacting in a Facebook post to the death of the former Member of Parliament for Navrongo in the Upper East Region, the President said Mr. Adda would be missed and remembered for his diligence and forthrightness.

“I am shocked and very saddened by the news of the sudden death of my friend, the former Minister of Aviation and former Member of Parliament for Navrongo Central, Mr. Kofi Adda. I extend my deepest condolences to his wife and family for their loss and pray for God’s strength for them in these difficult times.

“Kofi Adda will be missed and will be remembered for his diligence and forthrightness. May his soul rest in perfect peace. Amen,” the President’s post said.

Similarly, the Vice-President, Dr. Mahamudu Bawumia, also in a Facebook post, expressed his sadness over Mr. Adda’s demise and sent words of consolation to the family.

“I have received with sadness the passing of my elder brother, Joseph Kofi Adda, a former Member of Parliament for Navrongo Central and a former Minister of State of the Republic.

“My condolences to his family and friends on the loss of an industrious patriot,” Dr. Bawumia posted.

Many other people, mostly from the New Patriotic Party (NPP), have sent similar messages of condolences to the bereaved family.

The community where Mr. Adda lived in Navrongo was thrown into a state of shock and mourning when news of his death broke last Thursday morning.

A source close to the family said a delegation had been dispatched to Accra to find out what had happened.

Reports indicated that the former Aviation Minister had been with his constituents for the past three weeks and only returned to Accra last Wednesday and did not complain of any health problems before his reported passing.

Mr. Adda had reportedly planned to travel outside the country on the same Thursday when his death was reported.

Mr. Adda was born in Navrongo, the capital of the Kassena-Nankana District in the Upper East Region of Ghana.

He had his secondary education at St John’s School, Sekondi, and obtained a Bachelor of Science degree in Politics and Economics from the Indiana Wesleyan University, Marion, Indiana, the United States of America, which he attended between 1979 and 1982.

Between 1982 and 1984, he was at Columbia University, New York, where he studied for a Master’s degree in International Affairs, specialising in Finance and Banking.

He went on to get a graduate certificate in African Studies from the same university.

In 1989, he obtained a certificate in French Language and Civilisation from the Sorbonne University, Paris, France.

Mr. Adda first entered Parliament in 2003 after winning the Navrongo parliamentary seat in a by-election.

This was after the death of its sitting MP, John Achuliwor. He subsequently retained the seat in the 2004 general election.

He was appointed in 2005 as the Minister for Manpower Development and Employment and later became the Energy Minister in April 2006.

In 2008, Mr. Adda retained his seat when the NPP lost the general election, but lost it in 2012 to Mark Woyongo.

He won the seat back in the 2016 elections, but lost it to the Upper East Regional Minister Tangoba Abayage in the NPP’s parliamentary primary ahead of the 2020 elections.