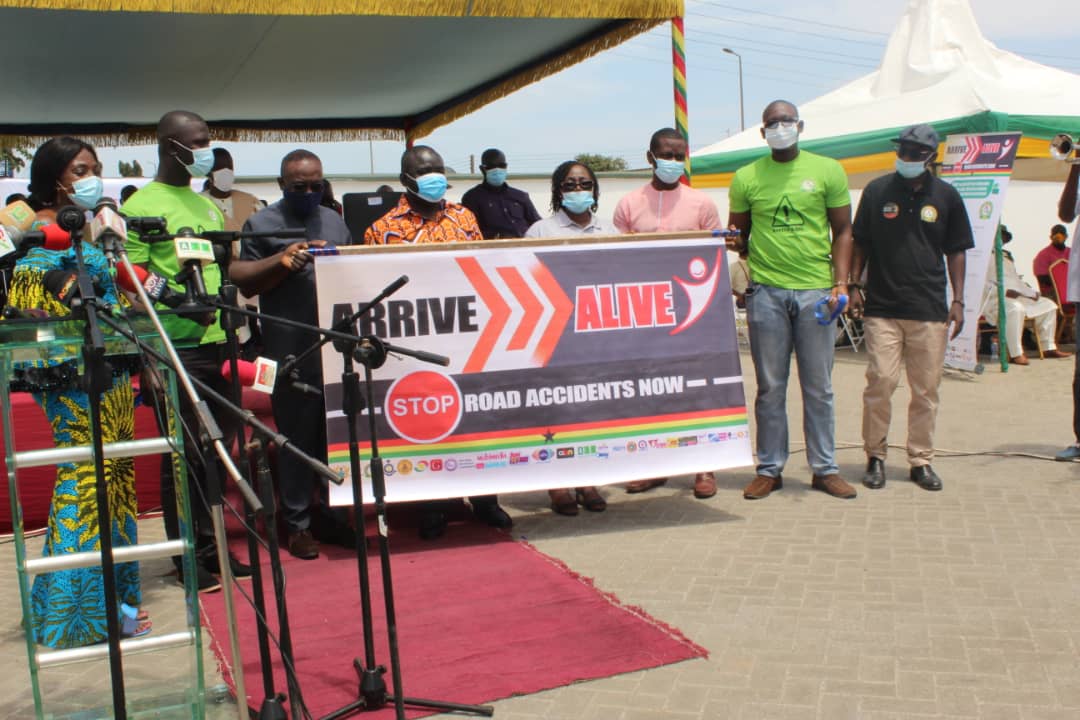 The National Road Safety Authority (NRSA) has launched the “Arrive Alive” campaign aimed at reducing road crashes ahead of the Christmas festivities and during the electioneering in Takoradi in the Western Region.

The campaign dubbed, “Kodru Dwodwoo” will create awareness on the need for discipline on the part of road users by ensuring the wearing of crash helmets and seat belts, the avoidance of needless maneuvering and the packing of people in buckets of pickups among others.

According to the Director General of the NRSA, Mrs. Mary Obiri-Yeboah the “Arrive Alive Campaign” is one of the many campaigns being initiated to mitigate the occurrence of road crashes and it’s brutalities in Ghana.

She observed that the third quarter of the year 2020 has seen a lot of road crashes. “Road Traffic Crashes and its resultant fatalities and injuries are no respecter of persons…These crashes had to be resolved and thus the launch of this campaign to educate drivers and passengers.” she stated. 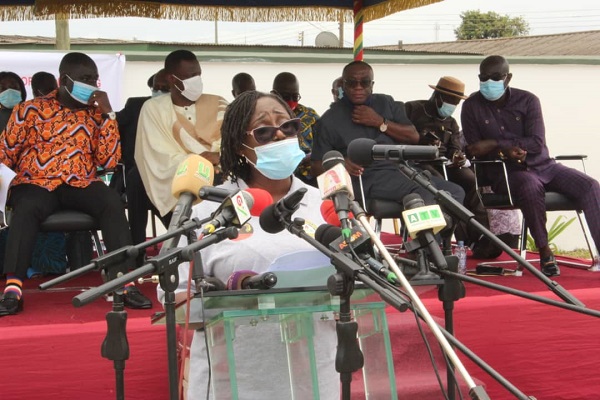 Mrs Obiri- Yeboah added that, “This campaign is unique in its own right, involving for the first time, the massive involvement of the media and media related activities such as road safety commercials, documentaries, in-studio and field coverage, advocacy and enforcement, panel discussions, and outreaches in the regions, districts and communities”.

She therefore urged everyone to embrace the campaign, “I urge that we all play our parts as road users, always mindful of our own safety and that of other road users. Cognizant of the cost of road crashes to the country, we entreat all drivers to always check their blind spots before driving off, avoid drink driving, over speeding and wrongful overtaking. On the part of Pedestrians, we urge that they always check their surroundings when on the road, and look out for safe crossing facilities like pedestrian crossing points or footbridges when crossing the road”.

The Minister of Transport, Kwaku Ofori Asiamah said the major aim of the campaign is to ensure road safety among drivers, passengers, motorists and many more.

He added that the campaign therefore seeks to influence positive behavioral change among the driving public and compliance with road traffic regulations.

He added the government is poised to reducing road crashes in line with the UN target of fifty percent through the implantation of a number of measures.

These he said, include the fixing of roads to make them safer, “Ghana has therefore set a target to reduce road accidents by 50% if we put in place the adequate resources The ministry of transport and the legislature is working for the road safety authority to fully work on their in mandates and thus the government of Ghana is preparing a budget for them to work with.”

Statistics from the National Road Safety Authority, NRSA indicate that, nine 9,295 road crashes were recorded from January to August this year. This resulted in 1,505 deaths and 9, 397 injuries.