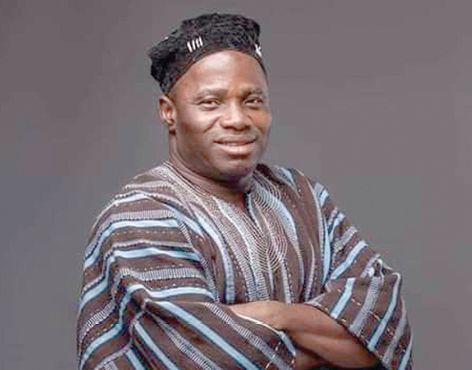 The North East Region is one of the six new regions which were created across the country in 2018.

The creation of the new regions was in fulfilment of a campaign promise by President Nana Addo Dankwa Akufo-Addo in 2016, pursuant to petitions received on the need and substantial demand for the creation of new regions.

This was to help bring administration closer to the people and facilitate rapid development in the affected areas.

Four years on, the Northern Regional Correspondent of the Daily Graphic, Mohammed Fugu (MF), spoke to the North East Regional Minister, Yidana Zakaria (YZ), on the state of development of the region. Below are excerpts of the interview.

Mohammed Fugu (MF): Congratulations on your appointment as the second Regional Minister of this new region.


Yidana Zakaria (YZ): Thank you very much for this great opportunity. I commend you and your management for the good works you are doing to project the region.

MF: You were very instrumental in championing the creation of the region because you were the Secretary to the Overlord of Mamprugu’s Committee. Can we say your appointment was in recognition of your efforts?

YZ: It was partly one of the reasons why I was considered for the appointment. I say partly because I was one of those who led the campaign for the creation of the region. The second reason is that I am a member of the New Patriotic Party (NPP) and even contested the parliamentary primaries in the Walewale Constituency in 2020.

Even though I was not successful, I played a key part in the campaign leading to our victory in that year's elections, so they found in me somebody who could also serve in that capacity.

I think it was based on the recommendation of party leaders and the traditional authority, because when I served as Secretary to the Nayiri’s working committee, I gave out my best. So, when my name came up, they didn't have a problem with it because they thought l was somebody who deserved to be a regional minister.

So, these are the two main reasons that accounted for my appointment. Another reason is how you carry yourself. If you carry yourself well and demonstrate that you are capable of providing leadership that those in position would want to entrust to you, you can be appointed. So several reasons accounted for my appointment but those reasons, as l have mentioned, were all positive.

MF: The main rationale behind the demand for the region was rapid development and bringing administration closer to the people. So, what is the state of development in the region now?

YZ: We have made very significant progress as far as development is concerned. One is that the administration has been brought closer to the people and so reaching out to officers at the regional level in terms of travelling time and convenience is something very exciting to our people.

The President’s vision to have a new paradigm of development where critical offices are not centred in the regional capital but distributed across the various districts for the people to feel it is very exciting.

For instance, the Regional Office of the Ministry of Food and Agriculture (MoFA) is in Yagaba and what that means is that anybody in the region who needs the services of officers of the regional MoFA office must travel to Yagaba, which would go a long way to boost the local economy.

MF: I understand now you are paying a huge sum of money to rent an apartment for the RCC offices, so when should we expect the completion of the permanent infrastructure you are putting up for the RCC?

YZ: Work on the RCC building is almost complete. It is left with some finishing touches for it to be ready for use. When the President visits the region during his tour, he will commission the RCC building and other facilities that have been completed.

MF: The government allocated GH¢20 million as seed money to each of the new regions. Did the North East Region receive its share and how has it been utilised?

YZ: People have always made reference to the seed money. That was just provided to kick-start the process of providing some key facilities that officers who will be at the regional level would need to comfortably do their work and to start some few projects, but we have gone pass that.

For instance, the RCC building alone cost about GH¢17 million. That has taken almost all of the GH¢20m. The Regional Minister, Coordinating Director and Planning Officer bungalows are also being constructed, which are costing more than GH¢3 million, so these projects alone are costing more than the seed money.

So far, a number of road projects are under construction and they are all being funded by the government.

MF: How many One-District-One-Factory (1D1F) projects do we have in the region?

YZ: In my own community, Gbimsi, there is a Sheanut Factory over there. The facility has been completed and the machines have been installed. The Watermelon Factory at Loagri is almost 80 per cent complete; it is left with the installation of machines.

We also have the Tama Rice Factory, which is located at Nasia. The Chief Executive Officer (CEO) of the company is doing a great job and the government is committed to supporting the company expand its production. The President visited the facility last year and commended the young man and gave him assurance that the government would support the company.

Also, plans are far advanced by the government to establish a rice meal factory at Chereponi. There is a rice valley over there, so the factory would help boost rice production.

MF: Many people, particularly farmers, are lamenting about the delay of the Watermelon Processing Factory. It was expected to be completed in 2021 but that couldn’t come to reality. What is the state of the facility now?

YZ: The project has not been abandoned; it delayed because of the COVID-19 pandemic. It is a partnership between EXIM Bank and Ghanaian local entrepreneurs. The facility has been completed and the machines have been brought in for installation.

The commitment on the side of the government and other key players is pointing out that the factory will be completed by next year for commencement of the commercial production of juice.

MF: I am aware of a number of dams constructed in the region under the One-Village-One-Dam (1V1D) project. How important are these dams to the people of the region?

YZ: Of course, a number of dams have been constructed across the region. I may not be able to give you the exact numbers but I can tell you that most of them are in good shape and they are significantly helping farmers to engage in all year round farming.

MF: There has been an increasing spate of robbery and violent crime incidents across the region. What is actually the challenge with regard to security?

YZ: Have you heard of armed robbery cases along the main roads? From Tamale to Bolgatanga or from Yendi to Chereponi? No, it is because the police have intensified patrols on the major highways. The armed robbers have no space to operate on the main highways. So, what they have done now is to move to the footpaths leading to the villages to operate and run into bushes.

As we speak, we don’t have the luxury of resources and police officers to patrol all the footpaths. The job of policing is a shared responsibility between the civilian population and the security services because the criminals live with us in the society.

Civilians must be ready and prepared to volunteer information to the security agencies that would lead to the arrest of these criminals. When we fail to do this as citizens of this country, then we will not be helping ourselves.

All these criminal cases, especially armed robbery, are heard in Circuit and High courts, but as we speak, we don’t have a High Court in the region. Though the court facility has been completed, no judge has been posted there yet.
So, sending suspects to Tamale for prosecution is a very big challenge to the police because of the cost involved.

MF: Before we wrap up, what message do you have for the public, particularly investors?

YZ: The people of the North East Region are determined to succeed; we are people ready to work and succeed as a new region. I appeal to everyone to come on board and work hard to help build a prosperous region.
Though we have our own challenges, as humans, when we show commitment, we will be able to address these challenges and see our way forward. The process of development is not going to come with ease, it will take the collective effort of the people to make it happen.

We have abundant natural resources, fertile lands, deposits of iron ore, uranium deposits, deposits of gold and limestone stretching about 96 km. So, I call on investors and people with the financial muscles to come and invest.

They will make good returns and also create job opportunities for the teeming youth. This will go a long way to reduce exodus of the youth from the north to the south for non-existent greener pastures.