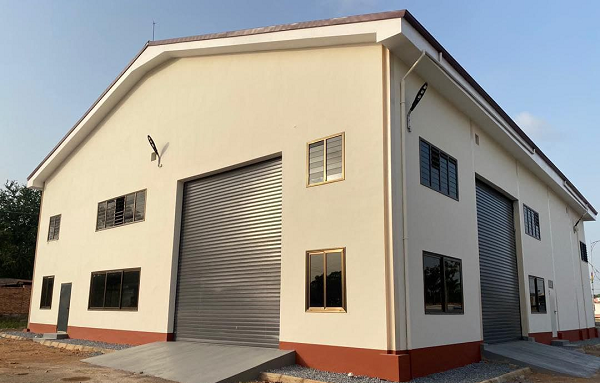 A new national testing laboratory that is being constructed in Accra by the Ghana Standards Authority (GSA) is near completion.

At present, equipment and other machinery needed are being installed in the last phase of the construction process.

The facility, constructed at a cost of $1.95 million, is expected to help regulators test the efficiency of all air-conditioners imported into the country to ensure that they conform to standards.

The Director-General of the GSA, Professor Alex Dodoo, who made this known to the Daily Graphic in an interview, said the laboratory would be the first of its kind in the West African sub-region.

“The laboratory will give the GSA the capacity to assess the energy efficiency of ductless room air-conditioning systems (split air-conditioners) and also help improve the management of energy in the country,” he said.

“The laboratory will support the National Appliance Standards and Labelling Systems Programme spearheaded by the Energy Commission.

“Right now, air conditioners imported into the country come with an international testing certification, but we don’t have the capacity to verify the true state of the products and to confirm that, indeed, they pass the conformity test. This laboratory, therefore, will save the country a lot of money,” he said.

The laboratory, which is part of the Energy Efficiency and Demand Side Management (EEDSM) Project of the Ghana Power Compact, was procured under a $308-million grant made available to the government by the Millennium Challenge Corporation (MCC).

It was spearheaded by its local agency, the Millennium Development Authority (MiDA), which was established to oversee, manage and implement all programmes under the MCC Compact.

Last week, a statement issued by the Communications and Public Outreach Unit of MiDA said Messrs GHS Housing Limited was the contractor undertaking the construction of the building which would house the test laboratory.

It said the laboratory would provide vital services that would consequently contribute to the efficient use of electricity in the country.