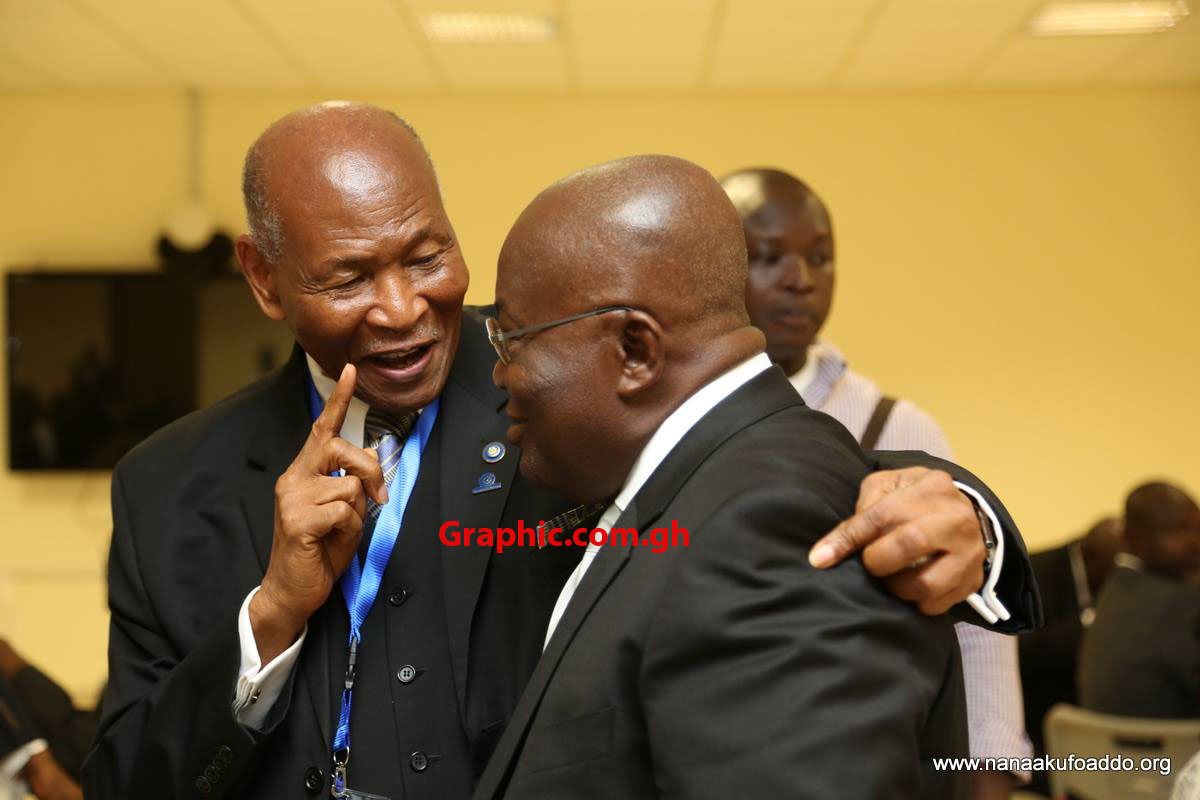 A Member of the Council of State, Mr Sam Okudzeto, has appealed to Ghanaians to support the government to implement its programmes to spur the nation on to growth and development.

He stated that nation-building was a joint effort by all stakeholders and urged the citizenry not to allow their political differences become a stumbling block to development.

"This question about winner-takes-all always triggers division and this does not help anybody. We all need to unite as one people and make suggestions that can move the nation forward,” he said.

Speaking to the Daily Graphic in reaction to the President’s first State of the Nation Address in his second term, Mr Okudzeto said: “The President has put forward fantastic programmes that require the citizenry to lend support to.

"If there is something that the President is doing and maybe it is not the right way or can be twisted and improved on, the important thing is to bring up suggestions to that effect. That is what nation-building is all about, and this is the emphasis that the President is laying and we should all give him the support.”

Mr Okudzeto noted that while many nations had been devastated by the impact of the COVID-19, Ghana had been spared such devastation.

He said per what the President said, nobody in the country had been starving, as “we have all been fed well”.

“In many countries, there are shortages of food and people are dying needlessly like rats in the streets. We should thank God that we have been spared, for which reason we should move forward as a united people to achieve a more prosperous nation for ourselves,” he stated.

Sharing his view on the misgivings of some Ghanaians against the ruling on the election petition by the Supreme Court recently, Mr Okudzeto, a legal practitioner, said those who still opposed the verdict of the apex court were still being misled.

He said following his keen interest in the trial, he had personally prophesied the outcome of the petition.

He said when the National Democratic Congress (NDC) said it did not agree with the outcome of the 2020 general election, as declared by the Electoral Commission (EC), the party never brought up any figures to challenge the EC, as had happened in the previous election petition.

"If you do not go to court with any figures, how do you expect the court to give a judgement in your favour? The verdict has been given and it is final. There is no appeal and the subject is closed; let us move forward as a nation, so that we can achieve our development goals,” he said.

The legal luminary asserted that the practice where opposition political parties always opposed a government because they were in opposition was not the right approach to the practice of healthy democracy.

“When they say you are an opposition party, it does not mean you must support everything your fellow opposition parties do. If the government does a good thing, praise it for that, but if there are things which it may not do the way you want them, tell us what the alternatives are, and that is the essence of democracy,” he stated.

Touching on the fact that the government had doubled funding for accountability institutions, Mr Okudzeto commended it for its financial support to those institutions.

According to him, the stability of every nation depended on the proper functioning of its governance institutions.

“The stability of a country depends on the stability of its institutions, without which you cannot govern a country. No matter how benevolent you are, you can never succeed because you cannot control all your party people, some of whom are there to make money. It is these institutions that will check such people,” he stated.