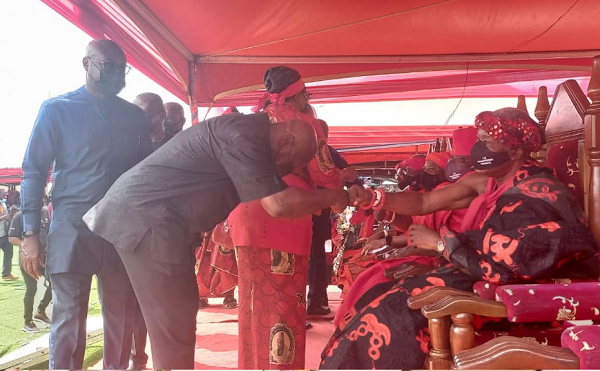 Oficials of the Lands Commission at the funeral of the late La Mantse, Nii Dr Kpobi Tettey-Tsuru III Follow @Graphicgh

A delegation from the Lands Commission (LC) paid their last respect at the funeral of the Paramount Chief of the La Traditional Area, Nii Dr KpoboTettey Tsuru III, on Friday, March 18, 2022.

The delegation, led by the Chairman of the Commission, Mr. Alex Quaynor commiserated with the bereaved family and members of the La Traditional Council.

The team was later joined by the Deputy Minister for Lands and Natural Resources, Mr. Benito Owusu- Bio. 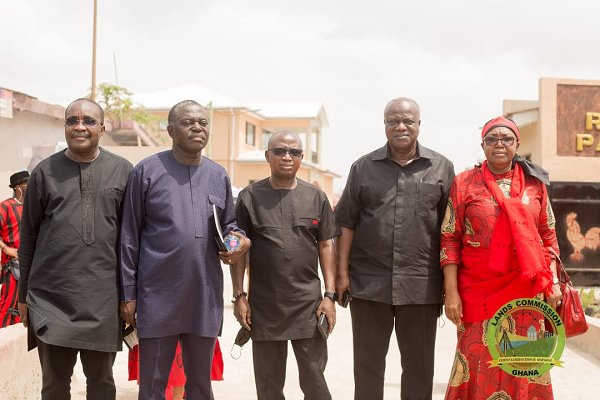 The Commission made a cash donation, boxes of mineral water, and drinks to the La Traditional Council in support of the funeral.

Speaking to the media, the chairman of LC, Mr. Alex Quaynor expressed the management of the commission's deepest condolences to the people of La traditional area.

He described the late chief as a man of peace, love, and integrity.

He said his demise is a big blow to the people of La and the nation at large. 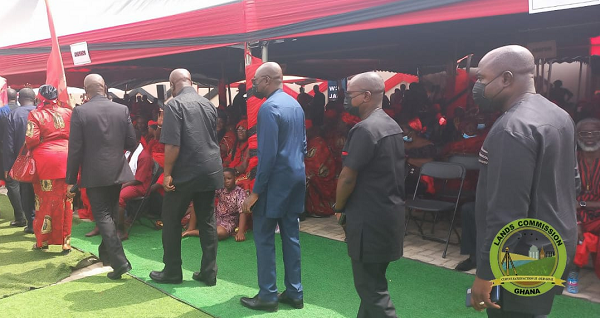 Enstooled in 1988, Nii Tsuru III was regarded as one of the longest paramount chiefs of the La State until his demise in February 24, 2019.

As one of the longest-serving traditional leaders in the Greater Accra Region, he was a familiar face at most public and state functions.

He was buried in the early hours of Saturday, March 19, 2022, after elaborate traditional and burial rites which started on March 7.

The final farewell ceremony was characterised by a display of tradition and culture as the people of La celebrated the man who for 30 years was their overlord and one of the longest-serving chiefs.