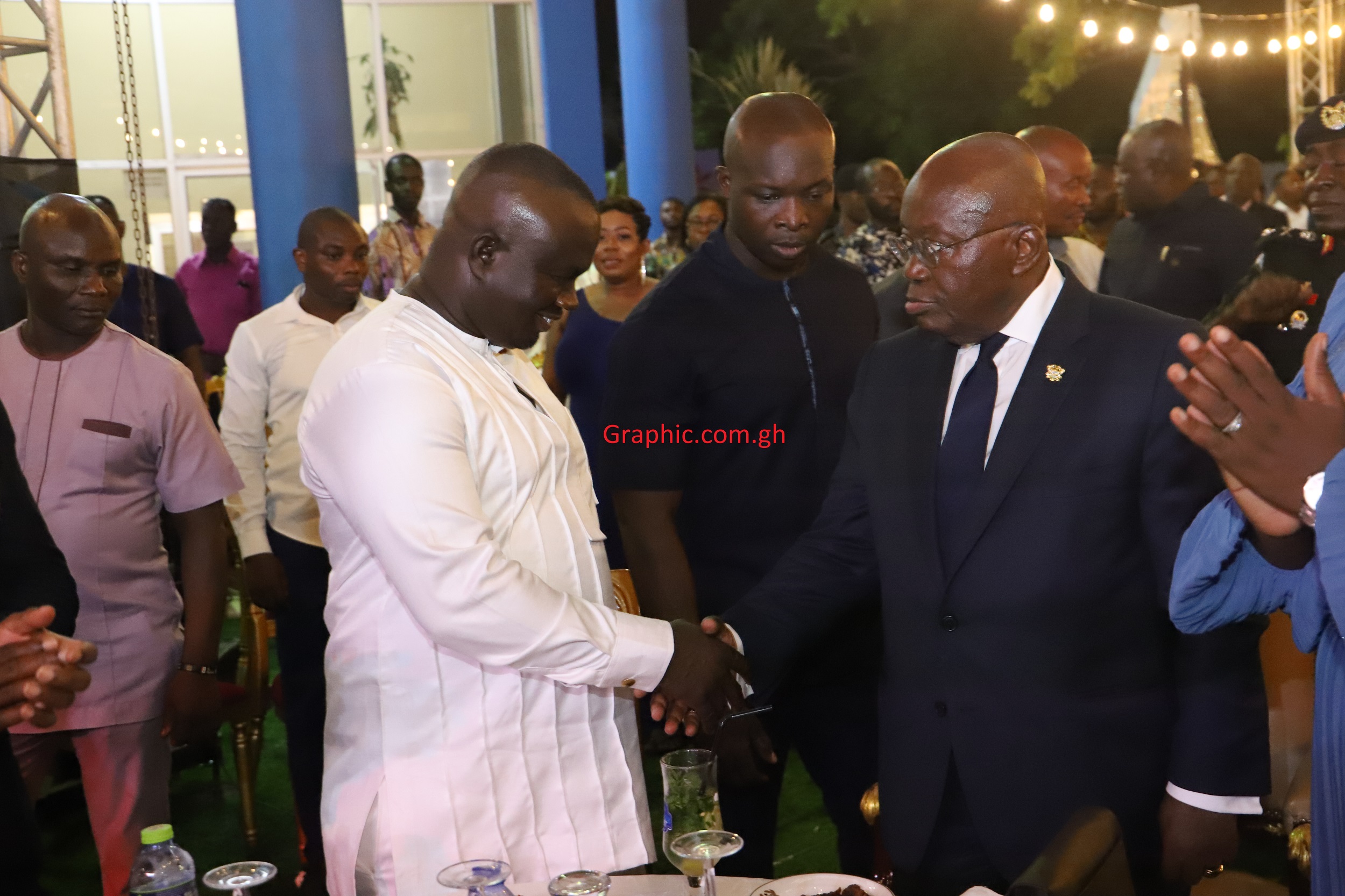 When President Akufo-Addo had dinner with journalists on Wednesday
30.5k Shares

President Nana Addo Dankwa Akufo-Addo has given an assurance that the killers of Ahmed Hussein-Suale will be hounded and brought to justice.

“I continue to be deeply regretful that in spite of the unceasing best efforts of the police, the perpetrators of the murder of Ahmed Hussein-Suale are still at large.

“But I would like to assure you that as long as I remain the President, this dossier will not be closed until, hopefully, they are brought to justice,” he said.

Speaking at the maiden edition of the Ghana Journalists Association (GJA) Dinner Night at the forecourt of the Ghana International Press Centre in Accra last Wednesday, the President said the police would not relent until they had apprehended the perpetrators of the murder.

The assurance by the President comes more than three years after two gunmen allegedly shot and killed Hussein-Suale at Madina while he was driving a blue BMW car from his family house to check on a sick relative.

Hussein-Suale was an investigative journalist with Tiger Eye PI, the investigative firm established by Anas Aremeyaw Anas, known for its use of undercover journalistic methods to expose corruption and other ills in society.

His murder in January 2019, at the age of 31, sent shock waves across the media landscape and scared many journalists, who openly expressed fear for their lives.

Before the murder, Ghana was ranked first in Africa on the annual Reporters Without Borders press freedom index for 2018 and ranked 23rd out of 180 countries, but the country lost the top position in Africa for press freedom after the murder.

President Akufo-Addo also pledged to support the Journalists Support Fund which was instituted by the GJA to provide assistance for journalists who might be attacked during the discharge of their duties.

Before the pledge, the GJA President, Albert Kwabena Dwumfour, had, in his welcome remarks, called on the government to support the fund because it was critical for the advancement of press freedom.

Mr Dwumfour said while the media would collaborate with the government to push for the development of the country, they would not hesitate to hold the government accountable by committing to its watch role in society.

The Deputy British High Commissioner to Ghana, Keith McMahon, encouraged journalists to uphold the ethics of the profession to ensure fairness.

He said freedom of expression and a free media were important for the development of democracy, as a vibrant media ensured accountability and deepened freedom.

He assured members of the GJA that the United Kingdom government would stand together with the government to deepen the freedom of the media.

“But this is not a one-sided issue; the media must be responsible,” he said.