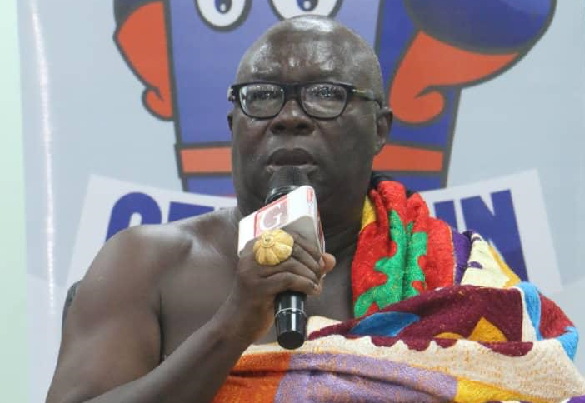 The Tufohene of Wiawso Traditional Area in the Western North Region, Nana Kofi Damptey, has urged local assemblies and other regulatory agencies to show responsibility in the fight against filth across the country.

He said population increase had come with increased waste but without the corresponding attitudinal changes towards proper disposal of waste.

At the Graphic-Zoomlion Sanitation Stakeholders Dialogue at Adiembra in the Sefwi-Wiawso Municipality of the Western North Region, Nana Damptey said there was enough awareness and examples of the dangers of unhygienic environmental practices and their consequences on the nation.

“In the face of that, people are still building houses to accommodate many people without thinking about how they will manage both human and domestic waste. This cannot continue; those in charge of the law must apply it to the maximum without fear or favour,” Nana Damptey said.

The Graphic/Zoomlion Sanitation Dialogue is an initiative to sensitise people to their civic responsibility of keeping their environment clean.

Members of the public — including traders, educationists, health workers and assembly members — also participated through an open forum segment.

Nana Damptey commended the GCGL for stepping outside its defined business within the media space to initiate an impactful clean-up and dialogue series across the country.

He pledged support for the Graphic-Zoomlion Clean campaign and expressed the hope that the Western North Region would win the cleanest region award.

In a speech read on his behalf, the Editor of the Daily Graphic, Mr. Kobby Asmah, said “we have earmarked this year to drive awareness and education on improved sanitation nationwide, hence the Make Ghana Clean Campaign”.

He lamented the poor sanitation conditions across the country and attributed it to the improper disposal of waste, saying people disposed of waste materials indiscriminately, which “get our drains choked and eventually lead to flooding”.

The goal of the campaign, Mr. Asmah explained, was to complement the national sanitation campaign efforts to encourage citizens to play their part to clean the environment.

The Western North Regional Minister, Mr. Richard Ebbah Obeng, also described the initiative as a significant move towards nation-building.
He said the idea of keeping Ghana clean was a testimony of the versatility of the GCGL in impacting society.

Mr. Obeng said the initiative had come at an opportune time when the region and its assemblies were clamouring for safe and clean environment to attract tourism, investment and to improve the health of the people.

He stressed that the Western North Regional Coordinating Council remained committed to improved sanitation, explaining that the assemblies had made some progress in their individual quests to achieve open defecation free (ODF) status in the various communities.

He said out of the 1,623 communities in the region, 171 of them had been declared ODF communities, and more were working towards eliminating ODF and other sanitation challenges.