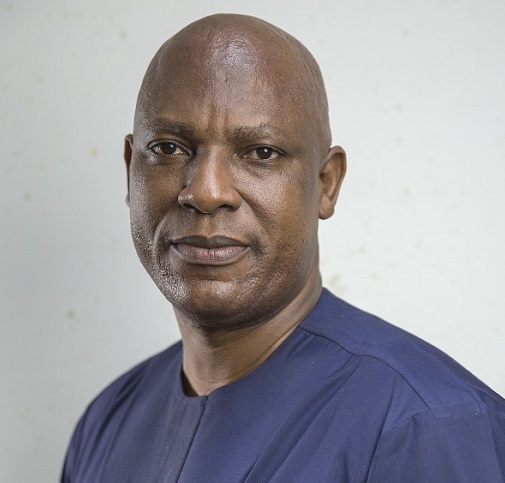 The Graphic Communications Group Limited (GCGL) has called on state institutions that are indebted to the company to religiously honour their debt obligations to keep the state media organisation in business.

The Managing Director of the GCGL, Mr. Ato Afful, who made the call, said the company was struggling to recover over GH¢10 million in long-standing debts from ministries, departments and agencies (MDAs) and metropolitan, municipal and district assemblies (MMDAs).

Mr. Afful disclosed this when the management of the GCGL appeared before the Public Accounts Committee (PAC) of Parliament yesterday to respond to infractions cited against the company in the 2017 Auditor-General's report.

He was accompanied by the Management Accountant, Mr. Albert Kungmah Ziem.

Other state institutions that appeared before the PAC were G-PAK Limited, the Data Protection Commission (DPC) and the Ghana Investment Fund for Electronic Communication (GIFEC).

The Auditor-General's report cited the GCGL for its inability to recover debts owed it by the MDAs and MMDAs and recommended that the management of the company go all out to recover the debts from "the recalcitrant debtors".

hecks by the Daily Graphic showed that the MDAs and the MMDAs owed the GCGL GH¢10,000,949.

The figures show that MDAs and MMDAs in the Greater Accra Region alone owe about GH¢6.8 million, representing 67.5 per cent of the total debt.

The report also said over GH¢7.3 million worth of various brands of newspapers produced by the company were not sold, a development which the Auditor-General said had affected the cash inflows of the state media organisation.

At the PAC sitting, the committee, chaired by the Member of Parliament (MP) for Ketu North, Mr. James Klutse Avedzi, requested the GCGL team to provide updates on the debt stock and how it would be tackled.

In response, Mr. Afful said many of the defaulting state institutions had not paid their debts, putting the company into financial challenges.

He said given that the GCGL played a vital role in the dissemination of information for national development, it needed the necessary support to sustain its operations.

"We consider the state and state apparatus as critical partners to our information dissemination agenda and, therefore, will continue to support them. But we will also use this platform to plead that this national asset will only survive when you support it to do so.

"We will entreat the MDAs, including Parliament, to honour their payments due us," he stressed.

Mr. Afful said the GCGL had engaged the Ministry of Information and the State Interests and Governance Authority (SIGA) for intervention to recover the debts, especially from the public institutions.

He added that the company had also put in place two external debt recovery agencies to help recover the money.

Additionally, he said, a debt recovery taskforce, comprising management members and unionised staff of the GCGL, had been constituted internally to help in recovering the debts.

"We have also enforced and are strictly applying our credit control policy; therefore, you will find that a lot of the new businesses that we are generating are prepaid contracts, with incentives built into them," he added.

On the issue of losses resulting from unsold papers, Mr. Afful said a 20 per cent return of newspapers was an acceptable practice in the newspaper industry.

He, however, said the global fall in newspaper circulation as a result of the change in consumer taste for media products had affected the GCGL.

He said the company was responding to the challenge through a number of innovative strategies, including door-to-door sales, vendor promotions, content marketing and the incorporation of new media to help improve the circulation figures.

For its part, G-PAK Limited was cited for the wrong use of withholding tax rate on the allowances of board members.
According to the audit report, the company used a 10 per cent rate, instead of 20 per cent.

The report, therefore, recommended that the appropriate rate be applied and the difference recovered from the beneficiaries.

The Managing Director of G-PAK, Mr. James Edu Dadzie, said the recommendation had been followed, as directed.

When the DPC took its turn at the PAC sitting, its officials responded to issues ranging from the purchase of airline tickets for board members, the commission’s inability to depreciate non-current asset for a long time and its failure to carry out stock-taking on valuables in stores to an unearned allowance by a board member.

The Executive Director of the DPC, Ms. Patricia Adusei Poku, said the recommendations of the report had been implemented.

For instance, she said, current board members now paid their own cost of transportation to meetings, while a system had been put in place for the timely depreciation of non-current assets.

Responding to a question on what GIFEC was doing about the rural telephony programme, the Minister of Communications, Mrs. Ursula Owusu Ekuful, said processes were underway for the installation of over 2,000 masts by the middle of October this year.

She said the government was committed to the project, since it would help open up the rural areas.