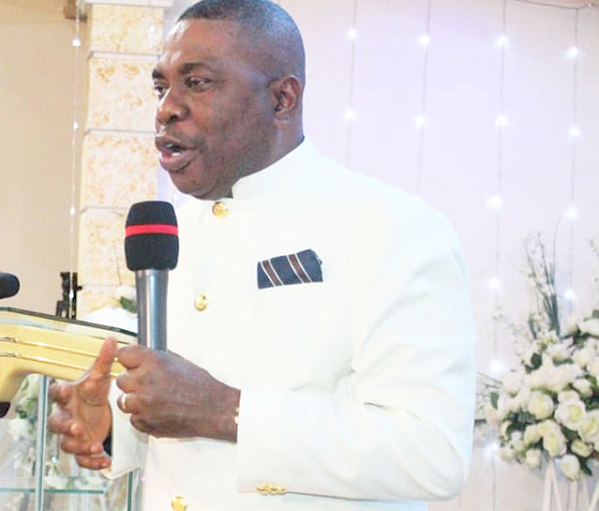 The Chairman of the Christ Apostolic Church International (CACI), Apostle George Yeboah, has admonished Ghanaians to be obedient to authority, saying such is ordained by God.

He said insults, especially of the elderly and people in authority — considered an affront in Ghanaian culture — had become commonplace.

He said it was important that the public refrained from such attitude, and rather showed decorum in daily engagement, even in the heated arena of politics.

He said God used leaders to usher his people into peace and prosperity, stressing that when leaders were obeyed and respected, God would use them to bring economic prosperity to the nation in the new year.

At the December 31 watchnight service at the Anim Temple, Osu, in Accra, Apostle Yeboah called on Ghanaians to show gratitude to God for the peace in the country after the just-ended elections.

He urged the public to continue to pray for the intervention of God to quell any unforeseen anarchy in the country.

Speaking on “Enter into Devine Rest”, he urged Ghanaians to surrender their lives wholeheartedly to God so that He could usher them into his rest in the new year.

Apostle Yeboah said in the midst of uncertainties, God’s people would attain unprecedented glory only when they worshipped God with all their heart and shunned unbelief and disobedience.

He added that when they became obedient to the word of God, they would experience divine rest so that they could overcome the challenges in the course of the year.

The Chairman of the CACI advised the church to be vigilant and to intensify their prayers at all times to enable them to succeed in their endeavours as they went through the year.

Apostle Yeboah said God created mankind and ushered them into a garden where man was to have comfort, but along the line man became disobedient to God so he drove them away from the rest they enjoyed in the garden.

He, therefore, advised Ghanaians to totally surrender to God, saying He brought man onto the earth to serve Him well to experience his divine peace and rest.

He led the congregation to pray for peace and prosperity upon the nation.