GSS to conduct 2020 population and housing trial census in May 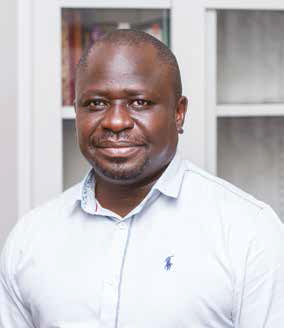 All is set for a national census in 2020 to count the people living in the country, as well as obtain valuable information on them and their activities, the Ghana Statistical Service (GSS) has stated

The last census in 2010 put the population at the time at 26.7 million

In line with that, the GSS will roll out a trial census in May this year to provide a base for accurate reports and data collection.

Speaking at a press conference in Accra Wednesday to announce the rate of inflation for March 2019, the newly appointed Government Statistician, Prof. Samuel Kobina Annim, said although the GSS was saddled with some technical and financial challenges, it was doing all it could to ensure that next month’s trial service became a success.

The United Nations defines population census as the total process of collecting, compiling and publishing demographic, economic and social data pertaining to a specific time to all people in a country or delimited of a country.

Ghana’s most recent population and housing census (PHC) was conducted in when the population was found to be 24.7 million people.

Prof. said a population census was an integral part of national development and called on all Ghanaians to participate fully in the trial census that would form the base of the main exercise next year.

“For all the releases that we do, be they micro or macro data, it is underscored by the census. The census provides the base for all that we do. If we get the census wrong, then we will have challenges,” he said.

He observed that the country had seen tremendous changes since the last census was conducted in 2010, hence the need for another exercise to help update the data that the service worked with.

“We need to get the 2020 census properly done, so that the base by which we do our market, living standards, demographics and health survey will be grounded on solid and accurate data, moving forward,” he said.

The Government Statistician said the GSS would leverage information and communications technology (ICT) to improve the operations of the GSS and make the official website a one-stop shop for statistical information on the country.

“Our website will be a port of call for all of us to engage more with the GSS in terms of what we do,” he said.

Touching on the rate of inflation for March 2019, Prof. Annim said the average change in the prices of goods and services, measured by inflation, increased to 9.3 per cent in March.

The March 2019 figure is 0.1 percentage points higher than the 9.2 per cent recorded in February this year, the acting Deputy Government Statistician, Mr David Kombat, said.

A release issued by the GSS after the press conference showed that the food inflation basket recorded a rate of 8.4 per cent, compared to 8.1 per cent recorded in February 2019.

The non-food basket inflation rate of 9.7 per cent in February 2019 remained unchanged in March 2019.

The main drivers of non-food inflation were recreation and culture (14.1 per cent), transport (13.7 per cent), clothing and footwear (13.3 per cent) and furnishing, household equipment and routine maintenance (12.2 per cent).

The price drivers for the food inflation rate included coffee, tea and cocoa (13 per cent), mineral water, soft drinks, fruit and vegetable juices (11.1 per cent) fruits (10.2 per cent) and meat and meat products (9.1 per cent).

The Volta Region recorded the same inflation as the national average, he said.