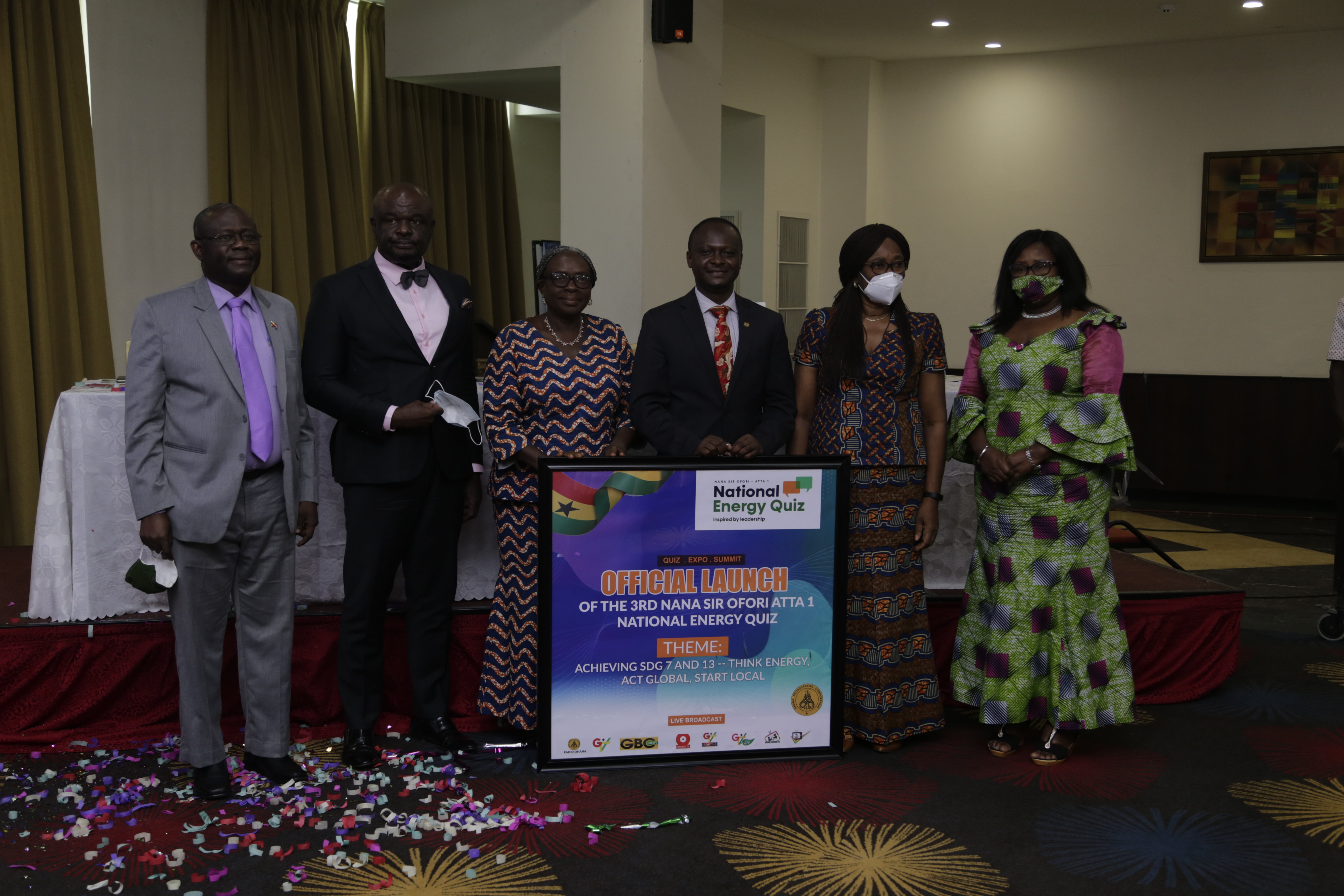 The programme under theme: “Achieving SDG 7 and 13 -Think, Act Global, Start Local” was launched in Accra on Wednesday.

The quiz which is targeted at Senior High Schools (SHSs) and Technical and Vocational Educational and Training (TVET) aims at encouraging the youth to enter into energy sector careers.

The contests will run at three zones namely the Northern, Southern and Middle zones.

In all, 72 schools including nine seeds will be involve after knockout stage at the regional or zonal level for the prelims.

Nkwata SHS, Asamankase SHS and Saviour SHS are from the Northern Zones while Oyoko Methodist, Papa Johns and St. Peters SHSs from the Middle Zone.

In his welcoming address, the Director General of GBC, Professor Amin Alhassan said energy is one of the untapped sectors in the country, hence the youths must be encouraged to take advantage of it.

“Career opportunities in the Energy sector is limitless. It is one area that we think the youth should look into when they make choices on what their lives in the future. We have deliberately targeted high school students because that is the most significant formative period when it comes to making choices on future careers”.

He added that the sector is also one of the under- reported sectors of the economy, stressing that, “Energy matters affect every Ghanaians. For personal to industrial, energy consumption and production are literally everyone's business”.

He said it wais against this background that GBC introduced the Energy News segment in its major bulletins on radio and television.

He said by reporting on the economics, the production, the consumption and the politics of energy daily, the company hopes to continuously put on the national agenda matters concerning energy.

"The feedback we are getting for this initiative on Energy News shows that we are doing the right thing. This is one step towards the repositioning of the New GBC", he said.

”We hold the conviction that the quiz programme devoted on the energy to the social, economic, industrial and policy dimension of energy production and consumption including conservation will help mainstream knowledge on energy among the generation that we hold as the future of this country ".

For his part, the CEO of the Eastern Star Awards, Mr Humphrey Tetteh said the programme will be different, bigger and globally exciting. “Our collaboration with GBC means we are reaching out to making more people and also with the completion moving away from the Eastern Region to all schools in the country is already exciting”.

He hinted that the GBC has decided to award a prize of USD5000 to the winners of the Energy Innovations Competition amongst Senior High School and TVET schools to crown the Energy and Electronic Fair.

The Chief Executive Officer (CEO) of the Smart and Green Energy Group, Prosper Ahmed Amuquandoh who was the Chairman of the programme, said the event will serve as an effective tool to create awareness on the energy sector.

He added that it will entertain as well as serve as a tool to empower the next generation of Ghana.