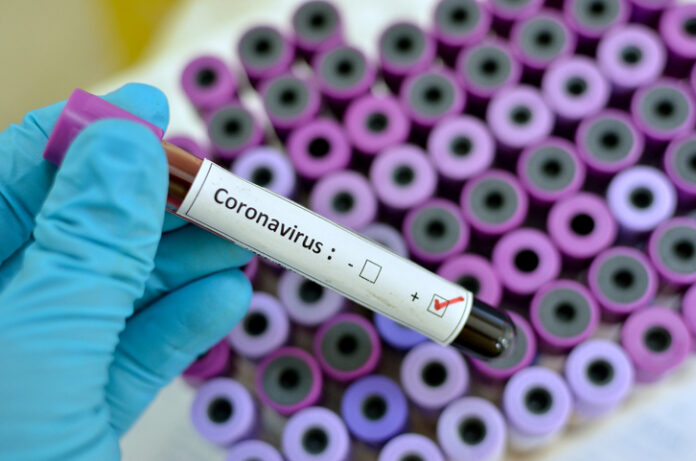 Although the government has put in place measures to manage the novel coronavirus (COVID-19) pandemic since it was detected in the country in March, 2020, indications are that a large number of Ghanaians are not adhering to safety protocols meant to prevent further spread.

A tour of nine municipalities and districts in the Eastern Region showed most people moving about without nose masks.

Majority of those who had the masks were also seen wearing them under their chin while others had them in their pockets and hand bags.

Also noticed was the fact that although the municipal and district assemblies visited had provided free Veronica buckets at vantage points of the various communities in addition to the free supply of masks, hand sanitiser, liquid soap and tissue paper, the beneficiaries were not using them.

Apart from the municipal and district assemblies, the banks, health facilities, SSNIT, the Internal Revenue Service, the Ghana Education Service, courts, DVLA, police stations, the insurance companies, and a few other departments that enforce the use of personal protective equipment, others did not encourage their use.

The Daily Graphic also observed that the Veronica buckets provided by the assemblies, the Members of Parliament, other government officials and philanthropic individuals and organisations at public places such as lorry parks and markets were not regularly filled with water when the water ran out.

Students who are currently on a long holiday as a result of the COVID-19 pandemic were also seen at the lorry parks, markets, streets and other public places roaming about without nose masks on or observing social/physical distancing- a recipe for contracting COVID-19.

A few drivers, mates and passengers were, however, seen in their nose masks.

A section of the people the Daily Graphic interviewed on why they were not wearing nose masks claimed that the coronavirus was non-existent.

Others also said with the massive recoveries and discharges, the disease was no longer deadly, hence their decision not to wear the nose masks.

On the other hand, those who were found wearing nose masks told this writer that they had difficulty breathing whenever they wore them.

The general observation was that when the government reopened the schools for final year students of junior and senior high schools and tertiary educational institutions to write their final examinations, no death was recorded in the institutions.

This shows that the school environment is much safer than home where the pupils and students move about without much control.

Some members of the public whose views were sampled suggested that the government reopened schools as early as possible as the school environment was 100 per cent safe for pupils and students because school authorities could effectively let the students observe the safety protocols.

They opined that in the schools, the pupils and students were spaced in the classrooms, they were compelled to wash their hands with soap under running water regularly, apply hand sanitiser and wear nose marks.

It was also recommended that the government empower the security agencies to enforce the safety protocols such as compulsory wearing of the nose masks and the observation of social/physical distancing to minimise the spread of the deadly COVID-19 pandemic.