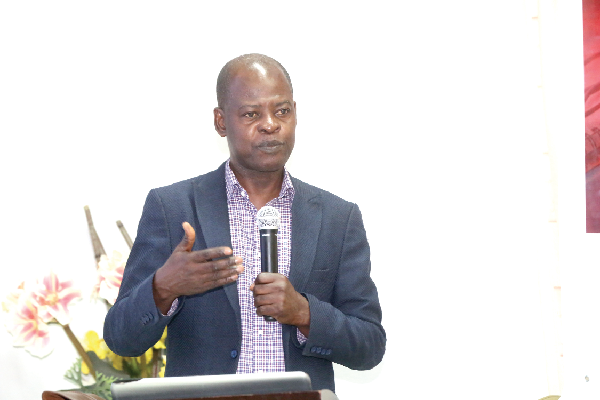 The alliance of civil society organisations (CSOs) working on extractives, anti-corruption and good governance has asked the government to suspend the establishment of the special purpose vehicle (SPV), Agyapa Royalties, to manage the country’s mineral royalties until all documents relating to its establishment and its owners have been disclosed.

The CSOs said a consultative process that reflected the views of the people in such an important decision should have been considered.

Addressing the media in Accra yesterday, the Spokesperson for the CSOs, Dr Steve Manteaw, said the opaque manner in which the policy was being implemented, including the relatively weak transparency and public oversight arrangements, and the haste with which the government was running to the market, in spite of the concerns raised by a broad spectrum of the people, did not engender public trust and consensus building on the matter.

“This approach rather raises moral and governance questions. The assumption that once everything goes through Parliament it is above board and represents the interest of all Ghanaians is deceptive and turns democracy on its head. It makes the elected the only relevant stakeholders in policy making,” he said.

He said while the intention of the government might be genuine and aimed at optimising the benefits of gold royalties to the state, the lack of consultations on the bill that eventually passed into the Minerals Income Investment Fund (MIIF) Act (2018), Act 978, with its 2020 amendments, was responsible for the lack of public support for its implementation.

He claimed that the rushed amendments inserted worrying clauses, including clauses that lifted the SPV, Agyapa Royalties, above Ghanaian tax laws and waived Ghana’s sovereign immunity, thereby exposing the country to the risk of damaging lawsuits should any future government seek to reverse this transaction.

“What we find even more repulsive about this whole transaction is the provision that permits Agyapa Royalties, a supposed company of the sovereign state registered in a tax haven, to borrow money or raise equity in foreign currency from any source on the back of the gold royalties of Ghanaians without the requirement for any further approval, consent or administrative act of the Government of Ghana - Sect. 33(2)(a).

“Are the managers and directors of Agyapa not politically exposed persons, and were they not selected through a non-competitive process? Just last week, we sighted a call for expression of interest placed in the Daily Graphic, inviting prospective consultants for the development of a strategic plan for the MIIF. While we welcome the open and transparent process for the firm selection relative to this assignment, we have not found evidence of the same openness in the creation of the SPV and the appointment of its directors.

“Again, it beats our imagination as to why an entity without a corporate strategy and approved spending plans will proceed to raise $1 billion and cede $500 million to the government in such indecent haste, especially when there is no known national emergency to warrant such rush,” he added.

Dr Manteaw further asked for the dividend policy on the investment being sought on the London Stock Exchange.

“This is a crucial part of the entire transaction which will tell Ghanaians how the investors will benefit from the royalties of the state. This also allows the public to see whether, indeed, the deal is beneficial or not. Shockingly, Parliament showed no interest in this and rather waived its oversight,” he said.