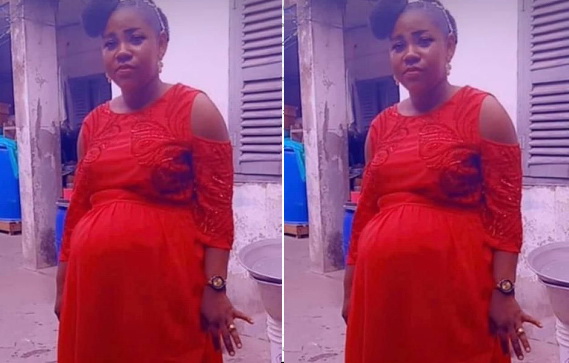 The Takoradi-based woman accused of faking pregnancy and kidnapping, Josephine Panyin Mensah, has been convicted and fined GH¢7,200 for publication of false news to cause fear and panic.

She was, however, saved by a new pregnancy, said to have occurred during the trial period, and which was confirmed by medical doctors at the Takoradi Hospital.

Justice Michael Ampadu, presiding over Takoradi Circuit Court ‘A’, explained before delivering the judgment that Ms Mensah should have been given a three-year jail sentence to serve as a deterrent to others.

He said Ms Mensah was found pregnant, and as a result of her current state, could not be jailed.

The court acquitted her on the first charge of deceiving a public officer on the grounds that the law demanded that the complainant of the case should be a police officer.

The allegation of deceit, he explained, was extended to the officer while executing an official duty, and that the complainant was Michael Simons, the husband of the accused.

The news of a missing pregnant woman, and the reappearance of Ms Mensah, who claimed she was kidnapped and later found speechless in Axim in the Nzema East Municipality without the pregnancy after six days, took the country by storm last year.

Ms Mensah was said to have left her home early on the morning of Thursday, September 16, 2021, on the pretext of going for jogging.

She was later reported missing, during which time someone was alleged to have called the family to demand a ransom for her release because she had been kidnapped.

The husband reported the matter to the police who began a search for the woman who was said to be nine months pregnant.

However, police investigators and health experts later discounted her stories that both the pregnancy and kidnap were faked, leading to her arraignment.

Ms Mensah, after her arrest, was granted GH¢50,000 bail, but was kept in police custody at the Takoradi Police Divisional Command cells for days because she was not able to satisfy the bail conditions.

Her five-member team of lawyers, led by Fiifi Buckman, offering pro bono services, worked to ensure that the bail conditions were met.