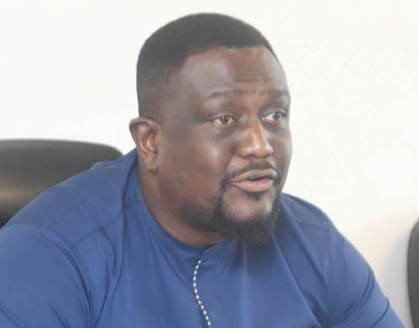 The Electricity Company of Ghana (ECG) is undertaking a comprehensive audit of its system to establish what caused a technical failure that has affected service to many of its prepaid customers around the country.

The National Security Ministry and the Cyber Security Authority are supporting the national electricity distributor to determine what could have happened to its system and how to forestall a future recurrence.

The Director of Communications of ECG, William Boateng, who disclosed this in an interview with the Daily Graphic on Friday, September 30, 2022, said there was a high suspicion of the system having been hacked, hence the support from the Cyber Security Authority.

“We have done an initial assessment and it was more than the challenge we suspected. Given the magnitude of the issue, a possible system hacking has not been ruled out, so the National Security and cybersecurity experts are currently helping us to undertake a comprehensive assessment to find out what happened and how a recurrence can be prevented.

“The challenge is being resolved in phases and while we are at it, customers in the Greater Accra, Central, Eastern, Western and Volta regions can visit our district offices to purchase electricity.

“Also, the team is working to restore the systems in the affected areas in Kumasi and Tema, as well as the Third party vending centres and the Mobile App,” Mr Boateng stated.

Since last Tuesday, many ECG customers have struggled to purchase credit on their prepaid meters, either by using the ECG App or from vending outlets.

The power supplier has encountered technical challenges with its ECash and PNS Metering System which has made it impossible for customers to purchase credit.

The situation is widespread and has left the affected customers, both domestic and commercial, stranded.

Ten operational regional areas of the ECG in the Volta, Kumasi, Accra, Takoradi, Tema, Cape Coast, Kasoa, Winneba, Swedru, Koforidua, Nkawkaw, and Tafo were all affected, according to a statement issued by the ECG last Wednesday.

It started last Monday and as of yesterday, it was yet to be completely fixed.

For instance in Tema, a number of consumers massed up on the premises of the Community 11 District Office to express concern over their inability to buy credit for their prepaid metres.

The customers from different suburbs of Tema as well as Ashaiman and Kpone formed long queues as they desperately tried to gain entry to purchase power with their prepaid cards.

It was a charged atmosphere as the customers started shouting and calling on the ECG staff, whom they claimed had frustrated them and demanded that officials be sacked.

"We have been buying power without any hitches in the past until someone decided to introduce new metres and systems, see how we are suffering? One agitated customer said.

" My power has been off since Wednesday and my family and I have had to sleep in darkness. Food items stored in my freezer have all gone bad, that is how bad the situation has been," another also complained.

“Business is already tough and for the past three days, we have been without power, meaning we have had to spend more to buy diesel to power the generator at a time that we are supposed to be conserving income.

“Is that how best ECG can serve after the tariff increment?” another customer lamented.

At Teshie, there were long queues as people trooped in from around the municipality to either replenish their electricity units or procure more to forestall any eventualities.

From Cape Coast, Shirley Asiedu-Addo reports that there was a queue of hundreds yesterday seeking to buy energy at the ECG main office at Tantri, the only sale point.

They had come from around Cape Coast to purchase electricity credit.

While some had their electricity units (credit) finished days earlier, others said they were there to buy extra credits in case of contingencies.

The long queue reduced by afternoon as ECG staff worked to ensure order and smooth sale.

The Regional Public Relations Officer of ECG, Awal Boye, said the system began working last Thursday and workers had to stay in till 10 p.m. to serve customers.

He said four prepaid sale points in the region, including Cape Coast, Kasoa, Swedru and Winneba were now selling credits at their district offices.

Mr Boye indicated that the company was working to ensure the vending points of sale also had their network systems rectified.

Mr Boateng said the company was concerned about the frustrations of its customers, hence its staff and the and authorities were working around the clock to restore the entire situation.

Consequently, the ECG Director of Communications said all the ECG district offices would extend their working hours this weekend to serve customers as the company tried to get the situation to normal, while the problem was being resolved in phases.

He said all the offices would open from 9 a.m. to 4 p.m. during the weekend to ensure that the backlog of customers wishing to buy power was cleared.