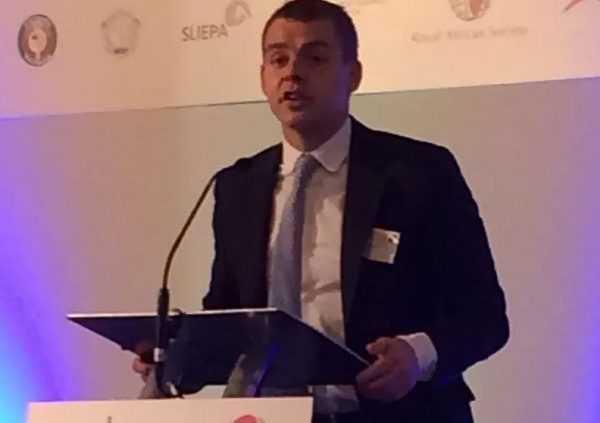 An Accra High Court has dismissed a suit filed against William Falconer popularly known as Rocco.

The suit was brought by a private company, Sustainable Trading Limited against Demeter Ghana Limited (DGL) and the Republic of Ghana

The court presided over by Her Ladyship Jane Harriet Akweley Quaye said Mr. Falconer has nothing to do with the suit, hence struck him out.

Since 2014, DGL’s major clients include the Ghanaian government and COCOBOD, the largest global Cocoa producer, as well as commercial farms across West Africa, directly impacting 100,000 farmers in Ghana alone through Ghana’s flagship Planting for Food and Jobs programme.

As the fallout from a business dispute still pending before the court, Sustainable Trading tried to sue Rocco Falconer, amongst others, in a civil case in Accra.

However, Counsel for Mr Falconer from [email protected] argued that the defendant is not a proper party to the suit. They, therefore, placed before the court an application for misjoinder pursuant to Order 4 Rule 5 (2) of the High Court Civil Procedure Rules C.I 47 praying for their client to be struck out of the court suit.

Counsel for the Defendant, Charles Quansah Esq. appearing with Jeffery Koranteng and Victor Owusu told the court there was "no specific cause of action" made against Mr. William Falconer for which he should be made a party in the business dispute.

They also argued that all agreements at all material times were between the plaintiff Sustainable Trading and the 1st Defendant Demeter Ghana.

Counsel for the applicant on their part opposed the misjoinder application disputing some of the averments of the counsel for 2nd defendant.

Having listened to both sides, Her Ladyship Justice Akweley Quaye ruled that the name of William Falconer be struck from the suit as she was inclined to agree with his Counsel.

She cited extensive authorities to back her decision to disjoin Mr. Falconer from the suit.

Justice Akweley Quaye declared that it is only in “a few recognised exceptions” that the law lifts the corporate veil as it has been put and looks to directors and members personally.

In what appeared like free legal advice, the judge said the 2nd Defendant at best can be a material witness for the defence and that Plaintiff can subpoena him if they so wish and consequently granted the misjoinder application and struck out the name of William Falconer as a party in the court suit.

Rocco Falconer said, “I am glad that the court has struck out this malicious claim. I was always and I remain confident that justice will be done”.