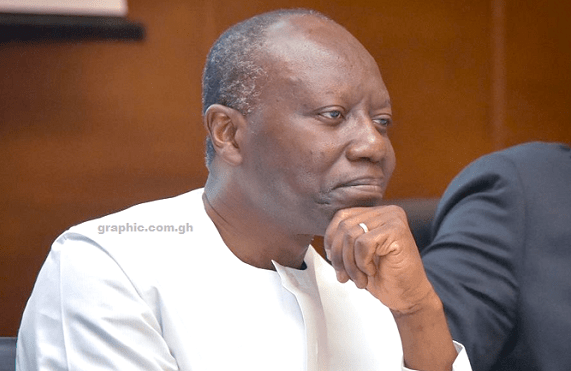 The government has been urged to conduct a comprehensive stress test on the decision to include pension funds in the proposed domestic debt exchange programme (DEP).

The test should be conducted by the Ministry of Finance (MoF), in collaboration with all stakeholders and debtors, as part of best practices required to reveal the possible implications of including pension funds in the programme.

Contributing to the debate on the proposed involvement of pension funds in the DEP, the Executive Director, Africa Centre for Retirement Research (ACRR), Abdallah Mashud, said it seemed the government and the MoF had not conducted any stress test to fully evaluate and appreciate severity of injury the involvement of pension funds would inflict on the pension system and ultimately the socio-economic well-being of Ghanaian workers and retirees.

“We project that the adverse impact of including pension funds in the DEP will be immediate. Social security may not be able to serve its purpose of alleviating old-age poverty because the spillover effect will be massive and the healing process will take longer,” he intimated.

The ACRR is a non-profit policy research organisation devoted to independent research and policy solutions to advance the public legitimate good by providing useful inputs for the National Policy Dialogue on the subject of ‘Social Protection, Retirement

and Pensions’ through high-quality research to affect policy in a manner that translates into increased economic growth and improved social and economic well-being for the vulnerable and create a well-informed public.

Organised labour has sharply reacted to the government’s decision to include pensions in its plan to implement a voluntary DEP as part of measures to reduce the debt burden.

The Minister of Finance, Ken Ofori-Atta, launched Ghana’s Domestic Debt Exchange Programme on December 6 to allow the government some breathing space to deal with the fiscal challenges facing the country.

With the DEP, domestic bond holders face steep interest rate cuts and the lengthening of the tenure on their investments.

The minister explained that the country’s domestic debt was unsustainable, and for that reason the government might not be able to fully service its debt based on the existing agreement with bond holders, hence the DEP, which seeks to renegotiate the bond coupon rates and maturity periods.

However, organised labour has come together to kick against the inclusion of pension funds due to the possible negative impact the DEP will have on the adequacy of workers’ retirement income security (benefits levels).

The over 24 worker unions and associations opposing the inclusion of pension funds in the DEP have maintained that it is against the law for the government to touch pension funds and, consequently, threatened a nationwide strike from December 27 if the government does not rescind that decision.

Mr Mashud argued that the level of impact on the retirement income security of citizens and the damage to the pension system might require a possible pension reform along the way to fix the disruption.

He said to forestall undesirable early post-retirement mortality among the pensioner population, the government was encouraged to dialogue with the worker unions.

He emphasised that Ghana was far from realising the United Nations Sustainable Development Goal target on social protection, hence the need for the government to consider all the ramifications of its decision on the DEP.

“It is, therefore, critical that the government, in its attempt to navigate out of the current economically challenging times, recognises the fragile nature of the tier-three pension system,” he said.

He said the required action was for the government to put in measures to control the investment risk borne by workers.

“The shortfalls are attributed to low investment income and are rated to be persistent, widespread and significant, and the social and economic impact on the retiring population is dire,” he said.

According to him, the potential inclusion of pension funds in the DEP would reduce workers’ retirement benefits significantly.

“Under the tier-three pension system, private corporate trustees and fund managers are responsible for paying lump sum benefits to workers on retirement or invalidity or death.