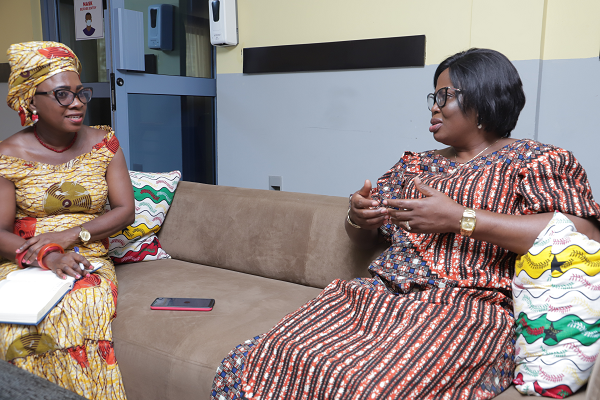 The Commission on Human Rights and Administrative Justice (CHRAJ) resolved 8,335 cases last year, representing 95 per cent of the 8,785 complaints it received that year.

A Deputy Commissioner of CHRAJ, Mercy Larbi, who disclosed this in an interview, said although the number of complaints received last year was encouraging, there was more room for improvement.

She explained that the 8,785 complaints received last year had been classified according to the three main mandates of CHRAJ.

Mrs Larbi mentioned some of the children's rights complaints to include failure to pay remittances for the provision of the necessities of life for children in the areas of food, education, health, clothing and shelter.

"The right to paternity, custody, inhuman treatment and early and forced marriage were relatively high. In all, 2,791 complaints were classified under children's rights and that constituted 33.2 per cent of the total human rights complaints recorded in 2021, the highest among the categories,” the deputy commissioner said.

Mrs Larbi added that 1,063 complaints were received under women's rights.

Under women's rights, the complaints were predominantly violence against women, reproductive health rights and access to the necessities of life such as food, clothing and shelter, she explained.

For property rights complaints, she said, 1,554 complaints, constituting 18.5 per cent, were received, while economic, social and cultural rights had 2,630 complaints, representing 31.3 per cent.

She said the complaints received under civil and political rights were mostly harassment and the right to dignity.

Providing the trend of complaints over the past five years, the Deputy CHRAJ Commissioner said 44,390 complaints had been received, out of which 43,189, representing 97 per cent, had been resolved.

Providing the gender distribution of the complaints, she said 8,412 of the cases received under human rights were made by males, while females made 5,004 complaints (59 per cent).

Throwing light on the statistics for last year, Mrs Larbi said the increase in the number of complaints received meant people were more increasingly becoming aware of their rights.

There was also an awareness that there was an institution that could hear them when their rights were violated, she stated.

"This also means that the state is not oppressing people, and that is why we encourage more people to come to us when they have complaints," she stated.

On the way forward, she said after the reports, the commission looked at the trend of the cases and reported to Parliament, "so that if there is the need for a policy to be put in place to deal with a particular case, Parliament goes ahead to do so”.

On the basis of that, she appealed to the government to pass the Affirmative Action Bill because there were many women who wanted to enter Parliament.

"Currently, we have 40 women among the 275 Members of Parliament (MPs). When you come to the district assembly level, there are 6,000 men as against 216 women. The political parties have to put in place more policies to bring women into politics,” Mrs Larbi stated.

That, she explained, was because not every woman had the wherewithal to enter politics.

“We can have it that at the district assembly level, government appointees will be about 30 per cent women,” the deputy CHRAJ commissioner suggested.

On how to get more people to submit their complaints to CHRAJ, Mrs Larbi said there should be more public education in that regard.

Also, people should be bold to report human rights abuses because if they did not, the abuses would continue, she added.