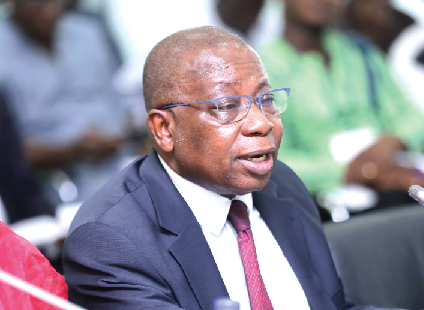 Members of the Ghana Association of Certified Registered Anaesthetists (GACRA) have called off their strike after a meeting with the Ministry of Health (MoH) and other stakeholders.

The association last Saturday began an indefinite nationwide strike following what it described as the expiration of the licences of its members.

However, GACRA has refused to renew the licences, as it says it has parted ways with the Medical and Dental Council (MDC) for the council’s failure to champion the cause of anaesthetists over the years.

The GACRA said its members decided not to renew their licences with the MDC because the latter had refused to recognise them as certified registered anaesthetists, as amended by law.

Instead, the MDC insists on licensing the members of GACRA as physician assistant anaesthetists.

Following the impact of the GACRA strike on healthcare delivery, particularly at the theatres, the MoH last Wednesday called the parties to an emergency meeting to help resolve the issue.

At the said meeting, which had the leadership of GACRA, representatives of all the stakeholders, including the MoH, the Christian Health Association of Ghana, the MDC, the Ghana Health Service (GHS) and all the other agencies, a road map was proposed and it is expected that it will be implemented.

A spokesperson for GACRA, Mr. Seth McAndoh, confirmed the association’s decision to the Daily Graphic.

"There has been an engagement involving all the stakeholders. As a result of that and the extensive engagement, we have rescinded our decision and all our members are going back to work.

"From the agreement that we have reached, all the stakeholders are happy; we are also happy and will be going back to work. We hope all will stick to the road map to ensure harmony at work,” Mr. McAndoh said.

Earlier, the President of GACRA, Mr. James Nwinsagra, had explained to the Daily Graphic that the withdrawal of services by GACRA members was a legal requirement caused by the MoH’s refusal to address an impasse with regard to the renewal of their licences.

He said their action had not been an industrial action, per se, but had become necessary because the law establishing the association said if by December 31, last year members’ licences had not been renewed, it would be illegal for them to offer their services.

He said the situation arose because the MDC, contrary to the ruling of the Labour Commission, had decided to register GACRA members as physician assistants, against their will and the law.

“The name physician assistant-anaesthesia (PA) was forced on us by the MDC and no suggestion was taken on board. The need to change our name to certified registered anesthetics became extremely necessary in 2013 when statistics indicated that all anaesthesia services in the country were almost provided by certified registered anaesthetists, without the presence of physician anaesthetists in or within the operating room. It has remained the same till date.

“We carried our concern to Parliament, and the name was changed from PA to CRA through the Health Professions Regulatory Bodies Act, 2013, Act 857.

“After the passage of the act, every attempt has been made by doctor anaesthetists, through the MDC, to have the name reversed. As a result, the current development to have the act amended is no news. We have written to the MoH and other stakeholders and advised that that should not be done because it carries serious implications for the interest of the patients we serve.

“We have sighted a copy of a drafted amendment B of part 2 of the Health Professions Regulatory Bodies Act, championed by the MDC on behalf of the MoH to change the name from CRA to PA. This has generated a state of unrest among the rank and file of our members in the country.

“We wish to state that the name ‘certified registered anaesthetist’ should not be changed to physician assistant. We should be engaged in all discussions in relation to the amendment of the provisions of the act. There is the urgent need for us to have a separate regulatory council,” he explained.

A letter written to GACRA by the MDC, dated December 20, last year and sighted by the Daily Graphic said it was reminding members of the association registered with the MDC that they were required under the Health Professions Regulatory Bodies Act to hold valid licences before practicing medicine or dentistry in the country.

The impasse caused a lot of inconvenience at most health facilities across the country, as doctor anaesthetists were made to work around the clock, while facilities without doctors had to postpone all surgeries.