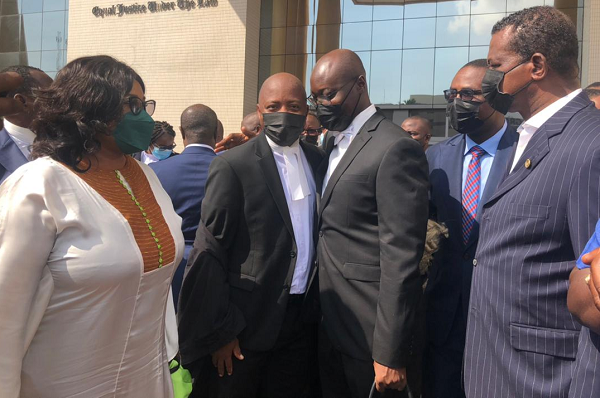 The trial of a former Deputy Minister of Finance, Dr Cassiel Ato Forson, and two others has been adjourned to Tuesday [January 18, 2022] because one of the accused persons is sick.

Dr Forson, who is also the National Democratic Congress (NDC) Member of Parliament (MP) for Ajumako Enyan Esiam, and the ranking member on the Finance Committee of Parliament, has been charged with Sylvester Anemana, a former Chief Director of the Ministry of Health and Richard Jakpa, a businessman, for allegedly causing financial loss of €2.37 million to the state in a deal to purchase some 200 ambulances for the country between 2014 and 2016.

Dr Forson and Japka, were in court Monday for the case, but Anemana was absent.

Anemana’s lawyer, Mr Alex Owuredu Dankwa, informed the Accra High Court that his client had a condition and therefore goes for medical care on Mondays, Wednesdays, and Fridays.

In view of the fact that all the three accused persons must be present in court, the presiding judge, Justice Afia Serwaa Asare-Botwe, adjourned the case to Tuesday (January 18, 2022)

Many of his colleagues, mainly NDC MPs and top personalities of the NDC thronged to the court to support him.