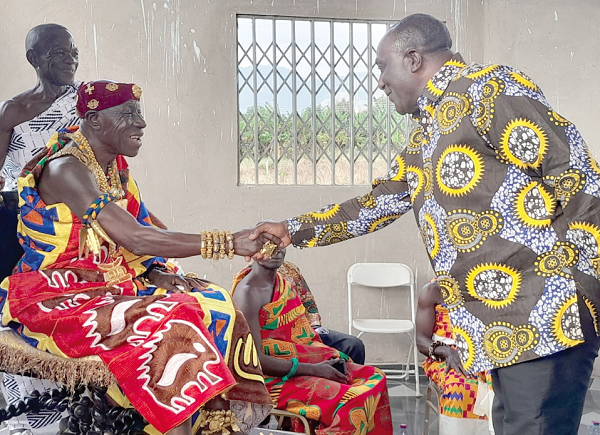 The Minister of Trade and Industry, Alan Kyerematen, has described as impressive the modern palace of Nana Okoawia Dwomo Baabu II, the Chief of Effiduase in the New Juaben North Municipality in the Eastern Region.

He said the under-construction palace, labelled as Mposo Ne Ameyaw Fie, was an infrastructure befitting the status of the chief and that it would help to promote the culture of the people of the town.

The minister made the remarks at an event to raise funds to support the completion of the new palace.

Mr Kyerematen donated GH¢20,000 and pledged 100 bags of cement towards the cause.

He explained that since palaces were the locations where cultural activities such as traditional gatherings and receptions of royals were held, it would promote the culture of the people.

He said any traditional ruler without a palace to serve as a traditional seat had a long way to go.

He praised Nana Baabu II for taking the initiative to put up the new palace.

Mr Kyerematen gave an assurance that he would assist the Effiduasehene in other areas to help him provide the best of leadership for his people. 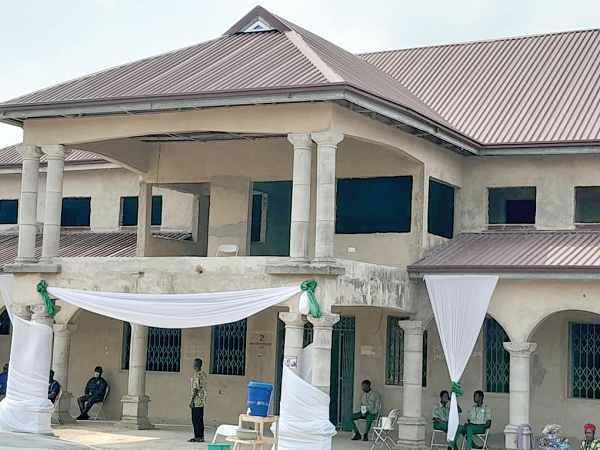 The new traditional palace under construction

Mr Acheampong also pledged GH¢10,000 and 100 bags of cement to support the completion of the new building. He also urged residents in the town to continue to support the Effiduasehene in all aspects of his administration.

Nana Baabu II said his decision to construct the modern palace was to leave a legacy not only for himself but for the entire people of the area since they stood to benefit from it.

Explaining the rationale for the fund-raising, Nana Baabu II said he sought to do it alone but the budget for the project was exhausted before it could be completed and that compelled him to hold the event to raise additional funds to complete it.

He commended Mr Kyerematen and all those who supported him with cash and materials for the construction of the building.

Writer’s email:
This email address is being protected from spambots. You need JavaScript enabled to view it.