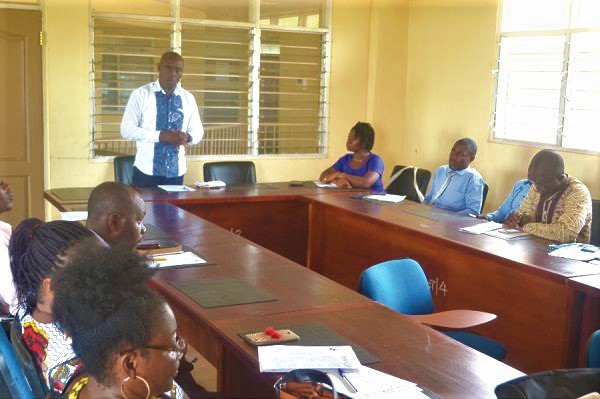 Addressing a stakeholder’s consultation forum at Gomoa Afransi, he stressed the need to prevent the promotion of sex in both radio and television advertisements noting that, “as a country, we cannot reduce teenage pregnancy to the barest minimum if we do not take the necessary steps to address some of the root causes of the problem.”

According to him, the exposure of teenagers to such adverts on a daily basis where those portrayed in the video clips wore sexually provocative dresses to promote sex, negatively influenced their judgement which pushed them to engage in pre-marital sex.

The workshop was organised by the Global Media Foundation (GLOMEF) and was funded by Amplify Change, based in the United Kingdom (UK). The project dubbed, “Voice of Change” is being implemented in the Gomoa Central District.

Activities to be undertaken in the project include meetings with traditional and religious leaders to discuss abortion, especially involving young women between 14 and 24 years.

It would also involve the training of 20 journalists on how to deal with abortion stigma to enhance their knowledge to help increase public awareness of abortion.

The Gomoa East District Girl Child Officer, Madam Gifty Mensah, advocated for regular sex education for pupils from the upper primary level to the senior high school to prevent their peers from influencing them to engage in early sex.

The  Project Coordinator of GLOMEF, Mr Raphael Godlove Ahenu, noted that the pilot project was intended to tackle teenage pregnancy and unsafe abortion among young women in the district, saying that children between 10 and 14 years continued to engage in unsafe abortion and that exposed them to risks.