Accra Zoo back to business 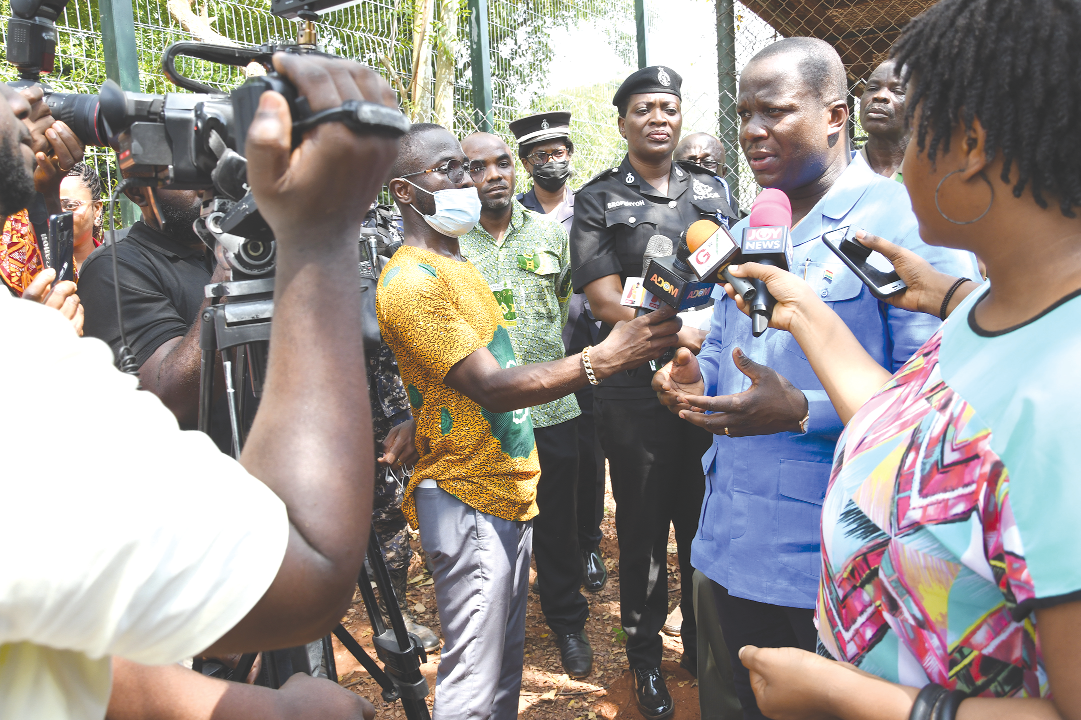 The Accra Zoo, located in the Achimota Forest, has been reopened, with the introduction of enhanced security measures.

The measures include the provision of electricity and the installation of closed-circuit television cameras, especially at the enclosures for lions.

Others are the mounting of security checkpoints close to the enclosures for lions for constant monitoring, enhancement of the enclosures with the addition of a third outer perimeter security fence of five metres high to be robust and the provision of directional signages to allow visitors to know their bearings.

The rest are the construction of new receptive facilities and improvement in existing washroom facilities for visitors, the renovation of old and dilapidated animal cages, as well as a tagging system for all visitors.

The zoo was closed after an incident on August 28, this year in which an unidentified intruder was found dead in the lions’ enclosure.

The following day, the facility was temporarily closed down by the Forestry Commission (FC), on the instructions of the Minister of Lands and Natural Resources, Samuel Abu Jinapor, to pave the way for police investigations and also allow for the improvement in security, among other things.

Reopening the zoo yesterday, Mr Jinapor commended the management of the FC for the measures they had put in place to ensure that the facility was reopened.

He also commended the board of the commission, as well as a Deputy Minister of Lands and Natural Resources, Benito Owusu-Bio, for showing leadership during the August 28 incident.

“The importance of zoos and eco-tourism in general to our socio-economic development cannot be overemphasised. They provide an effective economic incentive for conservation and protecting the eco-system and biodiversity, while at the same time creating jobs and generating income to support the national economy,” he said.

Mr Jinapor noted that in 2019, for example, zoos and aquariums contributed over $24 billion to the US economy, and that in Africa, zoos and eco-tourism had become major boost to the economies of countries such as Kenya, Tanzania, South Africa, Rwanda and Zambia.

In addition to boosting the economy, he said, zoos provided safe havens for endangered species, created an environment for them to reproduce and provided an opportunity to learn from and about animals.

“Zoos are, therefore, very crucial to the conservation of terrestrial life and the eco-system, which we are enjoined by the Sustainable Development Goal 15 to protect and conserve. That is why the government is adopting strategic measures to promote zoos and eco-tourism in the country,” he said.

Mr Jinapor said the government was working to upgrade the Kumasi Zoo and establish three new zoos in Tamale, Takoradi and Koforidua, adding that it had also commenced engagements to establish zoos in all the 16 regions.

The Chief Executive Officer of the FC, John Allotey, said the Accra Zoo currently had 108 animals, made up of monkeys, antelopes, birds, crocodiles, snakes, lions, porcupines, ostriches, geese, among others.

The average visitation to the zoo over the past two years, he said, was about 32,000 people annually.

All the aforementioned would not have been possible without the enormous support of the sector minister, he said.

“The FC is determined to ensure that the Accra and the Kumasi zoos serve as centres for the public to better appreciate wildlife animals to protect and conserve them.
“The commission, together with the municipal assembly and the Achimota Police, will engage all the prayer groups in the Achimota Forest to deliberate on security issues to ensure the safety of all who visit the forest and the zoo,” he said.