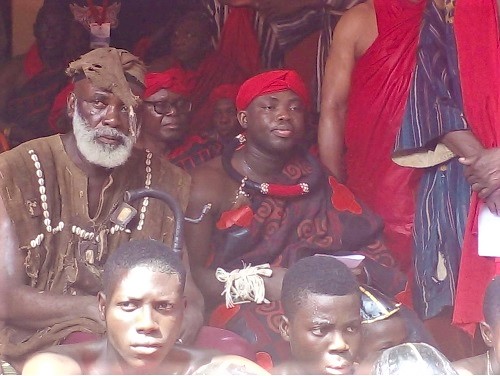 A four-decade-old chieftaincy litigation of the Akpini State in Kpando was last Sunday brought to an end following the installation and coronation of a new paramount chief.

The chiefs and people of the Akpini Traditional Area heaved a sigh of relief from the protracted litigation which had plagued the area, as it also brings an end to retrogression and disunity in the area.

The installation of Okpekpewuokpe Torgbuiga Dagadu IX as the Paramount Chief of the Akpini Traditional Area became necessary after he was chosen and detained on Sunday, February 27, and subsequently taken through the seven-day customary installation rites in Kpando.

Known in private life as Bernard Elikem Korku Buachi-Ablenyi, the new Paramount Chief, chosen from the Ablenyi gate of the Besiaku Royal family, is a product of the Kwame Nkrumah University of Science and Technology with a 17-year experience as a practicing journalist, working in various capacities at several broadcast media outlets across the country.

In an elaborate ceremony accompanied with cultural performances, libation pouring, swearing of traditional oaths and appellations, the newly installed overlord expressed his readiness to lead the traditional area in unity while calling for respect for one another in ensuring peaceful coexistence.

A section of the traditional leaders who graced the occasion

Described as a selfless disciplinarian, Torgbuiga Dagadu IX called for support from all and sundry to deliver his mandate and forge ahead despite the multiplicity of challenges confronting the area.

Members of the Akpini Elite Group made up of influential indigenes of Kpando were instrumental in putting to rest the chieftaincy litigation, leading to the coronation of the new chief.

The group initiated an effective implementation of a September 2020 recommendation for restoring peace in the area by the Volta Region House of Chiefs' reconciliation committee chaired by the Paramount Chief of the Ziavi Traditional Area, Torgbui Kweku Ayim IV.

Key on the list of recommendations was the selection and enstoolment of a new overlord for the Akpini Traditional Area.

The Chairman of the Akpini Elite Group, Dr Ernest Aculey Ansah, while expressing gratitude to all factions said the chieftaincy stalemate had resulted in several drawbacks in development, with Kpando losing out on numerous chances for huge infrastructure developments, including a university to serve the region and many other regional edifices. 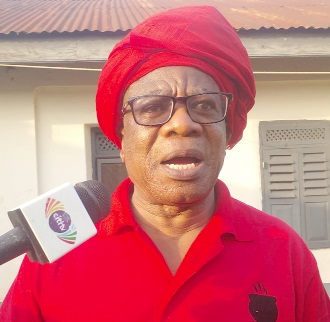 He said the 40-year impasse had also resulted in breakaway states from Akpini, which used to control several towns in the Volta Region. With only seven towns currently under its jurisdiction, Dr Ansah believed that Kpando would regain its voice and influence at the Volta Region House of Chiefs.

“For years Kpando did not have a representative at both the Volta Region and National House of Chiefs despite having a permanent seat. We also lost out on the benefits because we have no one to speak for us,” he said.

Dr Ansah urged sons and daughters of the area, both home and abroad, to support the new chief, harness their individual resources and channel them into the development of the area for dividends.

The Volta Regional Minister, Dr Archibald Yao Letsa, in a speech read on his behalf by the Municipal Chief Executive, Mr Geoffery Badasu, said the potentials of massive development in Kpando was first rooted in an effective traditional leadership. He, therefore, urged the chiefs and people of the area to support the new chief to engender development.

In a solidarity message, the Kpando Reconciliation Committee Chairman and Paramount Chief of Ziavi Traditional Area, Togbe Kwaku Ayim IV, congratulated the new chief and charged all traditional leaders in the area to offer him a strong backing to carry out his duties.

He also urged Togbuiga Dagadu IX to always seek counsel from and grant audience to his chiefs for cohesive leadership, which would enable development in the Akpini State.

Some indigenes who spoke to the Daily Graphic were ecstatic at the new chief’s installation and expressed optimism that it would pave way for the celebration of the Danyibakaka festival, which had stalled for several years due to the stalemate.

The coronation was attended by several traditional leaders, political party functionaries, clergymen, media practitioners and people from all walks of life.