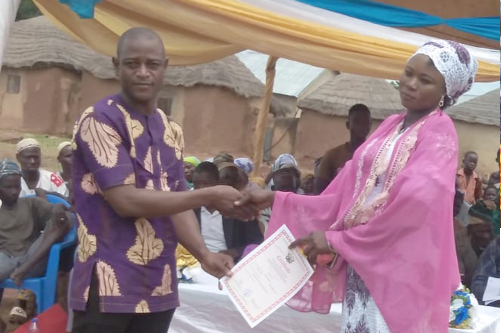 About 263 young girls in the Tolon and Kumbungu districts in the Northern Region have benefited from a life skills and vocational training to help empower them and improve on their livelihoods.

The beneficiaries who were drawn from nine deprived communities were trained in soap, pastry and 'Sobolo' making, make-up as well as literacy and numeracy.

They were awarded certificates and an amount of GH¢250 each to support them start their own businesses.

The initiative formed part of the Strategic Approaches to Girls Education project (STAGE) implemented by Afrikids Ghana in partnership with the World Education Incorporated with funding support from the Foreign Commonwealth Development Office (FCDO) under the British Girls' Education Challenge.

Speaking at a ceremony to graduate the beneficiaries at Gbanjong, the acting Head of Programmes of Afrikids Ghana, Dr Richard Amoah, said the training would help the girls to create jobs for themselves and prevent them from travelling to the south for non-existent greener pastures.

He said the acquisition of employable skills by women was a major step towards self-sufficiency and, therefore, admonished women not to look down on themselves in life but rather believe in themselves to live a dignified life in the society.

"Government is doing its bit in one way or the other, we have the inclusion policy as far as education is concerned but the level to which this policy has been implemented is quite checkered, it has not been effective as expected.

“So we are calling on the government, other civil society organisations, other NGOs that can come on board to support all girls particularly those who are born with some form of deformities or disabilities that Afrikids and World Education are pursuing. Let's give them the needed support and I bet you they have abilities that they can live productive lives for themselves and the entire society," he said.

Dr Amoah also appealed to parents not to abandon their children who were out-of-school or had some form of deformities/disabilities but train them in life skills so that they could be independent in life.

While thanking the parents, chiefs and residents of the beneficiary communities for their support for the success of the project, he charged the beneficiaries to put the skills acquired to good use for their personal development.

The Chief of Gbanjong, Naa Adam Napodoo, appealed to AfriKids to expand the project to cover the remaining girls in the community.