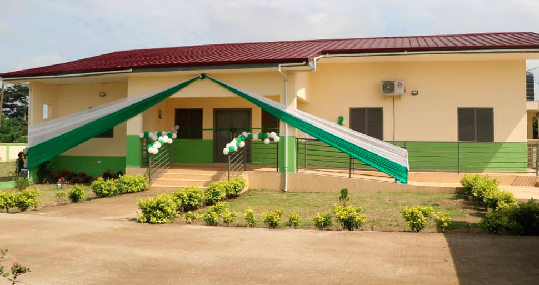 The facilities are located at Akyem Mampong and Ahankrasu, both in the Eastern Region, and built at GH¢1,304,646 each.

The facilities have an outpatient department with the requisite consulting rooms; 10-seater capacity waiting area for antenatal and post-natal services, delivery rooms, an ante-natal consulting room, a counselling room, treatment room, a mini laboratory, a borehole facility, among others.

He said such infrastructure were part of a broad strategy to improve geographical access to health care and improved health outcomes, and also to reduce maternal and neonatal mortalities.

Alhaji Seini said a number of projects were being constructed in the region as part of the overall drive to revamp the infrastructure of the health sector.

Such projects, he said, included the phase one of the Eastern Regional Hospital in Koforidua, the district hospital at Anyinam, the maternity hospital at Enyiresi and a 40-bed hospital at Jumapo.

The Member of Parliament for Atiwa East, Ms. Abena Osei-Asare, expressed gratitude to the government for responding to the health needs of the district with the expansion of health infrastructure and choosing the region as a beneficiary of the government’s Agenda 111 project.

“I want to thank the chiefs of Mampong because in other areas, finding land for such projects is very difficult,” she said.