2 Busted for posing as ECG staff 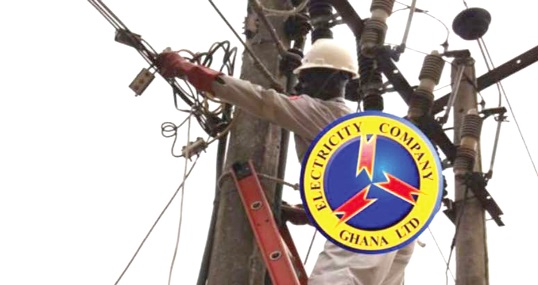 Two persons, who posed as staff of the Electricity Company of Ghana (ECG) and allegedly extorted money from some customers have been arrested.

The suspects, Richard Nii Moi and Edward Quartey, were sent to the Israel Police Station near Sowutuom in Accra.

Narrating the incident, the ECG Achimota District Manager, Mrs Mary Kpordzih, said the suspects posed as revenue collector and disconnection officer of the company and allegedly extorted money from some customers who could not show receipts of recent payments of their ECG bills.

"Their mode of operation however got some of the residents suspicious and so they quizzed them and demanded to see their identification cards, adding that they were unconvincing in their responses so the residents raised an alarm and reported their activities to the office," she said.

The two were subsequently traced, arrested and sent to the police station for them to be investigated.

Mrs Kpordzih commended the residents for their vigilance and charged customers to verify the identity of persons who visited their premises claiming to be staff of the company.

"Where you are in doubt, always report suspicious persons to the nearest ECG office or to the police station," she added.

The Electricity Company of Ghana has in recent times increased its revenue collection activities. These activities include the commissioning of a National Revenue Taskforce to clampdown on customers engaged in illegality.