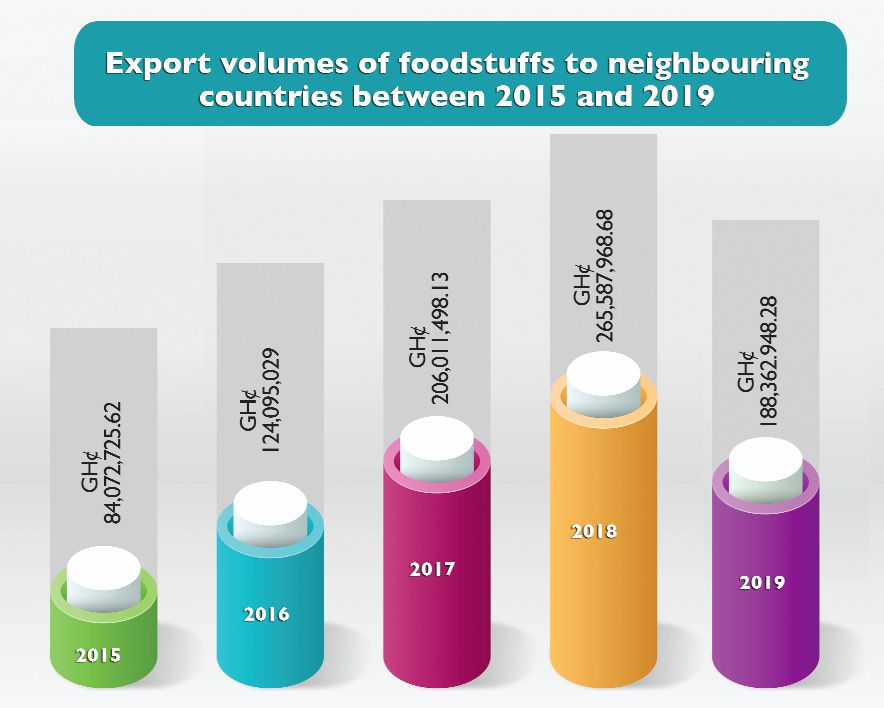 The export of foodstuffs to neighbouring countries has soared in the last five years, buoyed by the agricultural flagship programme, Planting for Food and Jobs, data from the Ministry of Food and Agriculture (MoFA) have indicated.

Between 2015 and 2019, GH¢868.13 million was realised from the export of foodstuffs to neighbouring countries.

The foodstuffs, with a volume of 563,859.33 tonnes, were exported to Togo, Cote d’Ivoire, Niger, Mali, Burkina Faso, Benin and Northern Nigeria over the period.

Others were plantain, rice, 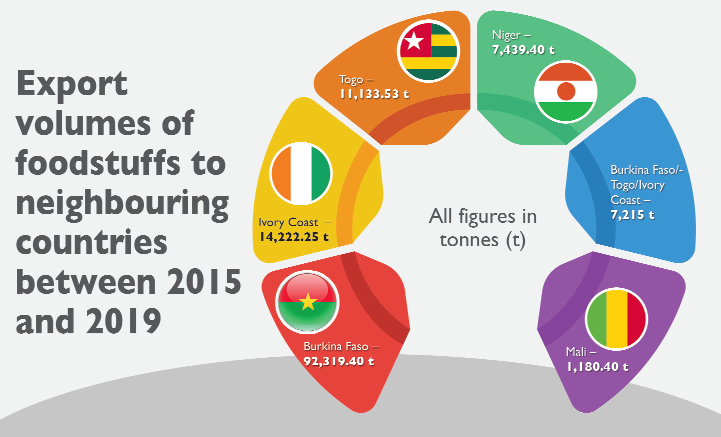 Statistics available to the Daily Graphic show that in 2015, the export of foodstuffs to neighbouring countries amounted to GH¢84.07 million, shooting up to GH¢124.1 million in 2016 and further to GH¢206 million in 2017.

The surge in exports continued in 2018 when GH¢265.58 million worth of foodstuffs was exported.

However, the figure dipped in 2019 to GH¢188.36 million because prices of foodstuffs saw a significant drop that year as a result of glut.

Mali imported only yam and gari, representing the least in terms of volume of 1,180.40 tonnes.

Togo was the third highest importer of mainly agrochemicals, vegetables, white maize, soya beans and plantain, up to 11,133.53 tonnes, with Niger placing fourth with an import volume of 7,439.40 tonnes, mainly made up of yam.