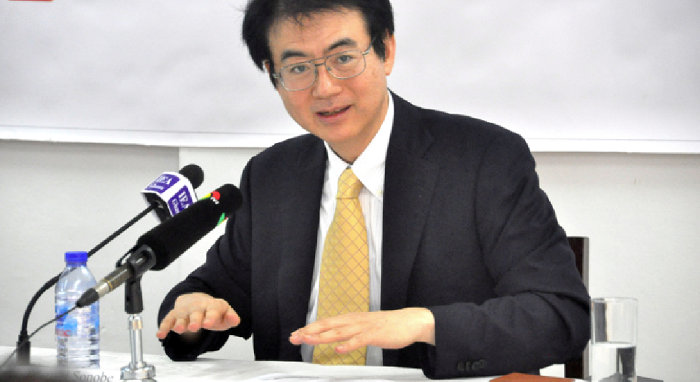 The Vice-President of the National Graduate Institute for Policy Studies in Tokyo, Japan, Professor Tetsushi Sonobe, has described the lack of time management in Ghana as a “coordination failure”.

Responding to questions after delivering a lecture on critical national economic issues at a policy discussion at the Institute of Economic Affairs (IEA), Prof. Sonobe said: “Unless we change African time, we cannot have any development.”

Speaking on the theme: “How Asia developed on the back of industry”, he said: “If a meeting starts at 10 and I come to the venue at 10 to find nobody and then 30 minutes later the people come in and they say this is African time, then I think unless you change this you cannot have the needed development.”

“This is a situation caused by the theory called coordination failure,” Prof. Sonobe stated, adding that although coordination failure was a big problem everywhere, it had arisen because organisers knew that people invited to programmes would rather arrive at a certain time and not at the scheduled time.

The main focus of his lecture was how Ghana could initiate industrial development, with case references to Japan, Taiwan, Korea, China and Southeast Asia.

He mentioned the importance of clusters, which he defined as small geographical areas in which a number of firms produced particular products.

Turning his attention to a business management model called Kaizen, which has contributed to the fortunes of Japan as an industrial hub, he said it was an approach to management, especially quality control.

“It coordinates workers to make every group activity efficient and it makes workers more proactive and motivates them to acquire new skills needed to implement new technologies,” he stated.

According to Prof. Sonobe, although in Ghana and Africa, management in large firms was better than in small firms, the effort was not enough.

“That is why large firms in Africa are small by Asian standards,” he stated.

“In this respect, Africa is put at a disadvantage because of the missing problem. The ignorance of the value of learning management is the root cause of poor management,” he stressed, stating that the lack of improvement in management only resulted in weak industries.

Correlation among industry, education and government

Recounting her experience of Japan when she was a youth, a former First Lady, Nana Konadu Agyeman Rawlings, said she learnt the correlation among industry, education and the government, with the government collaborating with industry to fill up spaces by training the needed calibre of manpower.

A Minister of Education in the Kufuor government, Mr Yaw Osafo-Maafo, stated that Ghanaians needed to change their mindset that the primary need of business was money.

He said the fundamental problem with education in Ghana was that many graduates were produced each year without recourse to the jobs available.

A former Vice-Chancellor of the University of Ghana, Legon, Prof. Ivan Addae-Mensah, also shared his experiences when he visited the Toyota manufacturing plant in Japan. He said the company employed innovations every day.

A former Commissioner of the Commission on Human Rights and Administrative Justice (CHRAJ), Mr Justice Emile Short, viewed the Japanese as having very strong work ethics and wondered whether it was the reason for Japan’s success.