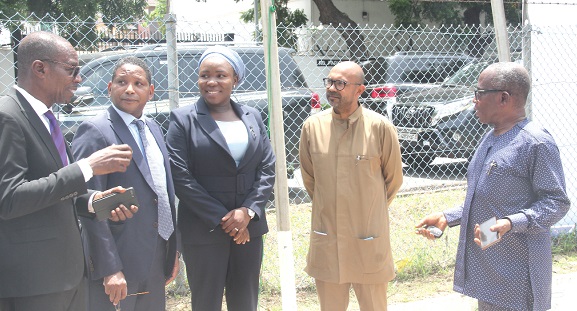 The Ghana Journalists Association (GJA) says it did not anticipate the country’s huge decline on the World Press Freedom Index, even in a "confluence of anti-media" factors.

At a forum to commemorate World Press Freedom Day in Accra yesterday, the outgoing President of the GJA, Roland Affail Monney, noted that the ranking did not sentence Ghana to an irreversible situation and called for the passage of the Broadcasting Bill to address challenges pertaining to the ownership of media.

"Indeed, a drop in ranking had been anticipated due to a confluence of anti-media factors. But never did we expect the drop to be so precipitous - from third in Africa to 10th, and 30th in the world to 60th, a 100 per cent decline," Mr Monney said.

He described the country’s latest ranking on the index as "depressing enough to effect dramatic mood swings from one of celebration to that of lamentation".

May 3, each year is observed as World Press Freedom Day, declared by the United Nations General Assembly to raise awareness of the importance of freedom of the press, as well as mark the anniversary of the Windhoek Declaration, a statement of free press principles put together by African newspaper journalists in Windhoek in 1991.

The day is commemorated to also remind governments of their duty to respect and uphold the right to freedom of expression, enshrined under Article 19 of the 1948 Universal Declaration of Human Rights.

This year’s commemoration was on the theme: “Journalism Under Digital Siege.”

In Ghana, the event was marked with a flag-raising ceremony at the Ghana International Press Centre.

Mr Money suggested that "arrests and reckless attacks and the animalistic disregard for the rights of a number of journalists in the line of duty" had resulted in a sharp deterioration of the safety of journalists in the country, stressing that the GJA was also losing hope in the police with regard to the resolution of unresolved cases of brutalities against journalists.

In an address read on his behalf, the Minister of Information, Kojo Oppong Nkrumah, said the government was putting in the necessary steps, including taking inputs from technocrats and industry experts, to facilitate the passage of the Broadcasting Bill, which will regulate the content space and potentially reduce the attacks that endanger journalists and journalism.

That, he explained, was to be in sync with the theme for this year’s commemoration, which was intended to highlight the multiple ways in which surveillance and digitally mediated attacks endangered journalists and journalism.

The Information Minister, whose speech was read on his behalf by a Deputy Information Minister, Fatimatu Abubakar, said the intervention would be done with tact, in order not to create a situation where it became a tool for successive governments to use to stifle media freedoms and freedom of expression.

“They are fundamental human rights guaranteed under the 1992 Constitution of the Republic and which rights, though can be effected by laws, must be done carefully in a manner that we don’t create rules used as an opportunity to stifle those freedoms.

“The key issues in the past year that have contributed to Ghana’s recent critique are matters that require some more engagement of security agencies and the general public,” he emphasised.

Attacks by some youth of Ada on a radio station, Mr Nkrumah noted, and acts of some “overzealous policemen in handling some cases of journalists suspected to be involved in crimes, are not the doing of the government”.

“Government, however, acknowledging that these events negatively affect Ghana’s ranking, has instituted the coordinated mechanism for the safety of journalists run by the National Media Commission (NMC), so that some of these issues can be addressed.

“Through this mechanism, more education is being made available to agencies and the public to desist from such acts,” he emphasised.

The Chairman of the NMC, Yaw Boadu Ayeboafoh, called on members of the media fraternity not to allow digitalisation to dictate to them in the discharge of their duties.

He said although digitalisation was to serve the interest of humanity and make it more efficient, that did not mean that effectiveness should be sacrificed for efficiency.

“We are not to be under the influence of digitalisation. Digitalisation is to serve the interest of human beings and make us reach out better, faster, more efficient in a way, but that does not mean that we must sacrifice effectiveness for efficiency,” Mr Ayeboafoh said.

The UNESCO Representative in Ghana, Abdourahamane Diallo, said UNESCO was working with the NMC on the national monitoring mechanism on the safety of journalists, intimating that “we will continue to fine-tune it until it serves the needs of all journalists”.

“We must acknowledge that there are gaps in the practice of journalists,” he said.

In a solidarity message, the President of the Ghana Independent Broadcasters Association (GIBA), Cecil Sunkwa Mills, said the challenges journalists faced on a daily basis in the pursuit of stories, their safety concerns and the growing stacks on free speech, freedom of expression and press freedom were inalienable human rights, as stipulated in Article 21(a) of the Constitution.

A representative of the Media Foundation for West Africa, Muheed Saeed, expressed the hope that in the coming years, the country would see a more vibrant and insightful media that would serve their communities and anchor Ghana’s democracy.

The Deputy Chief of Mission of the US Embassy, Nicole Chulick, said a safe, free, professional and responsible media supported democratic principles.

The Head of the European Union (EU) Delegation to Ghana, Irchad Razaaly, said a free press was an essential element of a functioning democracy and a free society.