Ghana and UK to continue trade agreement after separation from EU 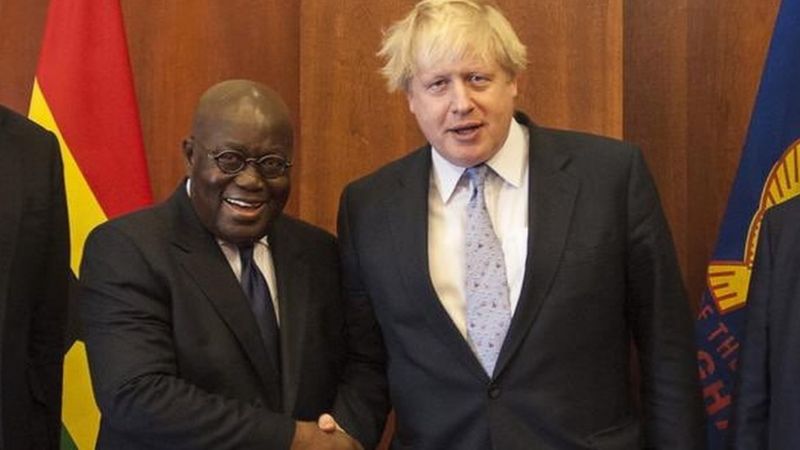 Ghana and the United Kingdom (UK) have reached a consensus on the main elements of a new trade agreement after the UK completed its separation from the European Union (EU) on December 31, 2020.

This is to provide the basis to replicate the effects of the existing trade relationship between Ghana and the UK, a relationship which is underpinned by strong people to people connections and has driving economic growth, created jobs, and inspired creativity and innovation in both countries.

Ghana’s Minister of Trade and Industry, Mr Alan Kyerematen and the UK Secretary of State for International Trade, Rt Hon Liz Truss met via video conference on Thursday, December 31, 2020 and issued a joint ministerial statement on a continuity trade agreement.

A new era has begun for the United Kingdom after it completed its formal separation from the European Union.

Read also: New era for UK as it completes separation from EU

The UK stopped following EU rules at 23:00 GMT on December 31, 2020, as replacement arrangements for travel, trade, immigration and security co-operation came into force.

The BBC reports that the UK Prime Minister, Boris Johnson said the UK had "freedom in our hands" and the ability to do things "differently and better" now the long Brexit process was over.

The first lorries arriving at the border entered the UK without delay.

UK ministers have warned there will be some disruption in the coming days and weeks, as new rules bed in and British firms trading with the European continent come to terms with the changes.

But officials have insisted new border systems are "ready to go".

As the first customs checks were completed after midnight, Eurotunnel spokesman John Keefe said: "It all went fine, everything's running just as it was before 11pm. It's very, very quiet, there are very few trucks around, as we predicted," the BBC reported.

“The intention is for the Agreement to provide duty free and quota free access for Ghana and the same preferential tariff reductions for British exporters as provided by the arrangement that is currently in force,” the Ghana-UK joint ministerial statement said.

It added: “We intend over the next few weeks to finalise the text of the Agreement to reflect progress made in relation to rules of origin, cumulation arrangements, time bound commitments, provisions for development cooperation and commitments to human rights and good governance.”

“We re-affirm our shared ambition to further strengthen our partnership in the future and to work with the West African partners to make progress towards a regional agreement,” it said.

Below is a copy of the joint ministerial statement