GH¢24m lost to fire between Jan and June 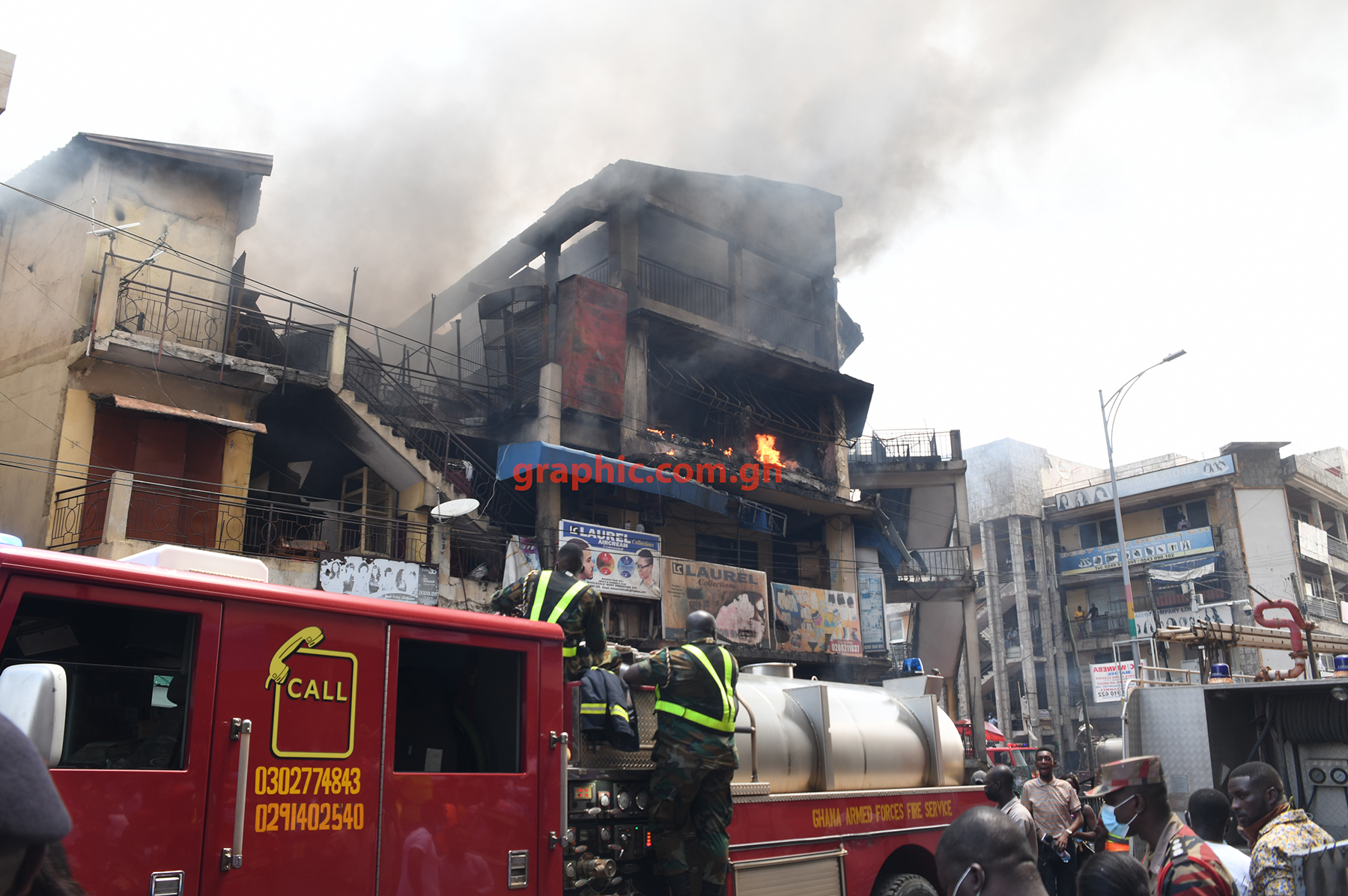 The country has recorded 3,301 fire outbreaks between January and June this year as against 3,870 within the same period last year.

The Public Relations Officer (PRO) of the Ghana National Fire Service (GNFS), Divisional Officer II Ellis Okoe Robinson, who disclosed this in an interview with the Daily Graphic, said the higher cost was as a result of an increase in outbreaks of commercial properties.

He said 581 fire incidents were recorded in commercial properties this year, while last year recorded 481 occurrences in such properties.

Why the rise in commercial fire

Mr Robinson said in spite of the increase in fire safety education, various market facilities were still reluctant to comply.

He said most traders disregarded fire safety precautions and continued to engage in activities such as cooking and illegal electric wiring in the markets, which had the potential to cause fire outbreak.

Moreover, he said, most markets still did not have firefighting equipment such as smoke detectors, fire alarms, water hydrants, among others.

Mr Robinson said stakeholders such as the Electricity Company of Ghana, the Ghana Water Company and the local assemblies had refused to play their roles effectively to enable the service to perform optimally.

“For instance, if you go to the fire scene and there is electric power in the structure, the fire officer has to call ECG to cut the power, but sometimes it takes close to an hour before we receive response, while the items continue to burn as we wait.

“Sometimes, too, we get to the fire hydrants in the markets and we realise there is no water or there is low pressure. This also causes delay because we have to keep searching for other alternatives while the fire continues to cause damage,” Mr Okoe said.

He also noted that various routes to most markets in the country were blocked by traders while the assemblies looked on.

Due to that, he said, a fire engine could take a longer time to manoeuvre its way through to get to a fire scene in the market.

“I believe that if all the stakeholders are able to play their roles well, there will be a clear cut distinction between the role of everybody and what is expected of them. This will help to reduce the total amount the country loses to fire each year,” Mr Okoe stressed.

According to the fire statistics, Ashanti Region recorded the highest number outbreaks with 613 incidents followed by the Greater Accra Region with 428.

The region with the least recorded fire cases was the Oti Region, which had 22 fire outbreaks.

The causes of the fire outbreaks were categorised as domestic, industrial, vehicular, institutional, electrical, commercial and bushfire.

Fires from commercial establishments topped with 581 cases in the period under review followed by bush fires with 403 cases.

Compared to last year, Mr Okoe noted, there had been a great improvement in fire outbreaks in the country.

That, he said, was due to increase in fire safety education and enforcement of the fire safety laws in the country.

“We have observed that the number of people who come here for fire education and fire certificate have increased. This means people are now accepting the need for them to ensure fire safety in their facilities, and I believe going forward, there will be a major improvement,” he said.