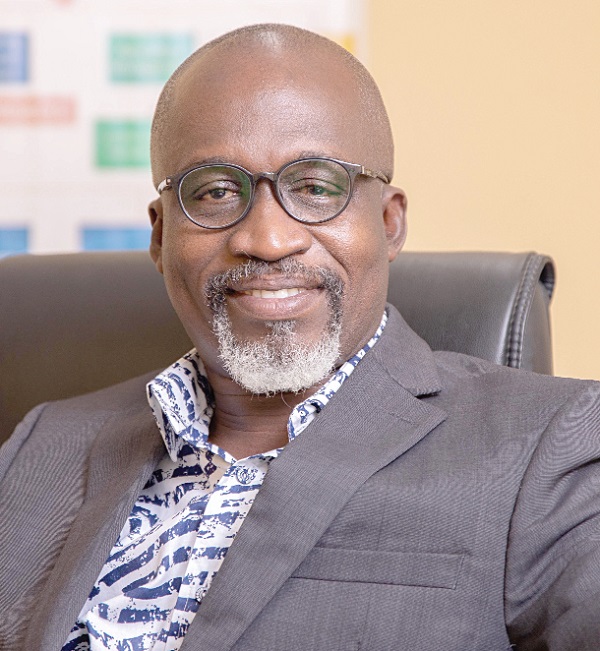 The Board of the Ghana Atomic Energy Commission (GAEC) has appointed Professor Samuel Boakye Dampare as the new Director-General of the institution with effect from February 1, this year.

This follows a decision of the board at its 122nd regular meeting held on Wednesday, November 10, 2021, which considered and approved the recommendations of the Search Committee.

He takes over from Professor Benjamin Jabez Botwe Nyarko, who has reached the statutory retirement age and whose term of office ends on January 31, this year.

Professor Dampare, by this appointment, becomes the ninth Executive Head and the fourth Director-General of the foremost scientific research institution in Ghana, with a niche in nuclear science and technology, GAEC.

Until his appointment, he was the Deputy Director of Ghana Space Science and Technology Institute (GSSTI) of GAEC.

He also served as the Vice Dean of the Graduate School of Nuclear and Allied Sciences (SNAS) of the University of Ghana–Atomic and the Head of the Neutron Activation Analysis Laboratory at the Ghana Research Reactor–1 (GHARR–1) Centre of GAEC.

Prof. Dampare had his basic education at Maase Methodist School, Abuakwa and obtained his GCE Ordinary and Advanced Levels at the Ofori Panin Secondary School, Kukurantumi in the Eastern Region.

An alumnus of the University of Ghana, he graduated with a Bachelor's degree and M.Phil. in Geology in 1996 and 2001, respectively.
Professor Dampare obtained his PhD in Geology in 2008 at the Okayama University in Japan through a Japanese Government Scholarship (Monbukagakusho).

He was awarded a two-year post-doctoral fellowship by the Japan Society for the Promotion of Science (JSPS) to conduct collaborative research at the same university.

He has been a recipient of several awards and fellowships such as the Dean of the Graduate School of Natural Science and Technology Award for Academic Excellence, Okayama University (2006); Bank of Ghana Graduate Fellowship, University of Ghana (1998–1999) and MacCallien Memorial Prize for Best Graduating Student in Geology given by Geological Society of Ghana in 1997.

As a researcher, he has undertaken works in many areas petrology, geochemistry, hydrology and hydrogeochemistry, uranium geology, environmental pollution and development of nuclear analytical techniques, among others.

Professor Dampare has also participated in several training courses, workshops, consultative meetings and conferences, where he has presented his research findings and given invited talks and served on many boards and committees, both locally and internationally.

He is also a member of several professional associations in Ghana and abroad.