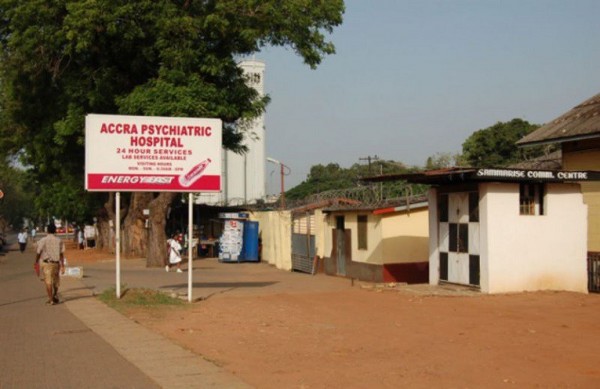 Three Non-Governmental Organisations have urged the government to fulfil its promise to build one new mental health hospital each in the middle and northern belts of the country.

Songtaba, a women and girls advocacy organization, in partnership with the Ghana Somubi Dwumadie programme and the Mental Health Alliance in Ghana say the construction of the facilities will help enhance access to mental health care and the social well-being of the people in the two locations.

In Ghana, mental health services are unevenly distributed with no mental health facility in the northern parts of the country while the three major mental health hospitals are all located in southern Ghana after 65-years of independence.

It was against this backdrop that Songtaba and its partners working in the mental health care space in northern Ghana is advocating for the construction of the new mental hospitals in the two locations as promised by the government, to promote mental health care.
The prompting to honour government’s promise was contained in a communique issued and signed by the Executive Director of Songtaba, Hajia Lamnatu Adam in Tamale to mark this year's World Mental Health Day celebration that falls on October 10, 2021.

October 10 every year is set aside to celebrate World Mental Health Day with the overall objective of raising awareness of mental health issues around the world and mobilising efforts to support mental health.

The communique issued by Songtaba is to raise awareness on the need for duty bearers and for that matter the government to pay more attention to mental health issues and provide good infrastructural facilities to manage mental health conditions in the country.

The communique also called on the government to constitute the Governing Board of the Mental Health Authority as a matter of urgency, since further delays in constituting a new governing board, will hamper the effective functioning of the National Mental Health Policy as well as the momentum gained by mental health advocates in advancing mental health development in Ghana.

It further called on the Metropolitan, Municipal and District Assemblies (MMDAs) to be responsive to the health needs of persons living with mental health disabilities in their development planning and support mental health units with motorbikes and office spaces to enable the officers embark on outreach programmes to provide psychological services to the service users with difficulty accessing the health centres.

"While we express our gratitude to the Minister of Health for assuring the people of Ghana of government's commitment to Universal Health Coverage and resourcing the Mental Health Fund as provided for in the Mental Health Act 2012, (Act 846), we call on the government to as a matter of necessity make funds available for the supply of essential medication to district mental health facilities", it said.

The communique also called on the MMDAs through their various Regional Coordinating Councils (RCCs) to ensure that the disbursement of the three per cent disability fund included persons suffering from mental health and not only limited to the differently able persons.

It also called on all members of the public, chiefs, religious and opinion leaders as well as parents to be supportive of persons with mental health conditions.