Frozen tilapia in Ghana is illegal—scientist 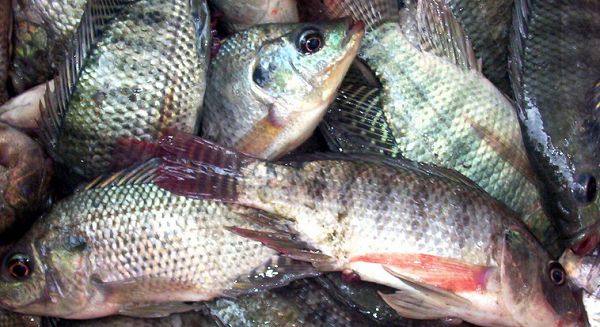 Frozen tilapia in Ghana is illegal—scientist

The Head of Agricultural Research and Development Centre in Akosombo, Dr Seth Agyakwa says the presence of either life or frozen tilapia in Ghana is illegal

He said the country's laws clearly state that "no foreign life strains or frozen tilapia should be allowed into the country."

According to him, importing frozen tilapia or rearing foreign strains in Ghana contravenes the country’s laws.

Dr Agyakwa, a scientist at the Centre of Scientific and Industrial Research (CSIR), was speaking in a radio interview with Accra-based Citi FM Friday morning, concerning the mass death of tilapia at the Fujian Farm in in the Greater Accra Region.

He has, therefore, called on the Food and Drugs Authority (FDA) and the Ministry of Fisheries and Aquaculture Development to ascertain the strain of tilapia that are involved in the incident to establish whether they are local or foreign strains.

Dr Agyakwa wondered why in spite of the country’s laws forbidding either the importation of life strains or frozen tilapia into the country, some frozen or foreign strains still themselves in the country in some farms alleged to belong to some Chinese.

"Who is talking about it? Where are the regulations? Where the enforcement?" he quizzed, adding that a research conducted by his outfit indicated that some farmers are rearing strains with Asian characteristics.

Dr Agyakwa, however, said as to whether the said strains are genetically modified organism or not could be determined if tests are conducted biochemically on samples from the alleged farms.

He explained that there is a difference between a genetically modified organism and genetically improved organisms, with each having certain distinct characteristics.

About eighteen (18) tons of the unwholesome tilapia said to have died from the Fujian Farm in the Volta Lake area has since been buried.

The deaths said to have started occurring last week.

The Chief Director of the Ministry of Fisheries and Aquaculture Development, Prof. F. K. E. Nunoo in a radio interview Friday morning said the ministry has placed an embargo on fishes from the farms involved in the incident.

As of Friday morning [October 19, 2018], more dead fish were still being buried.