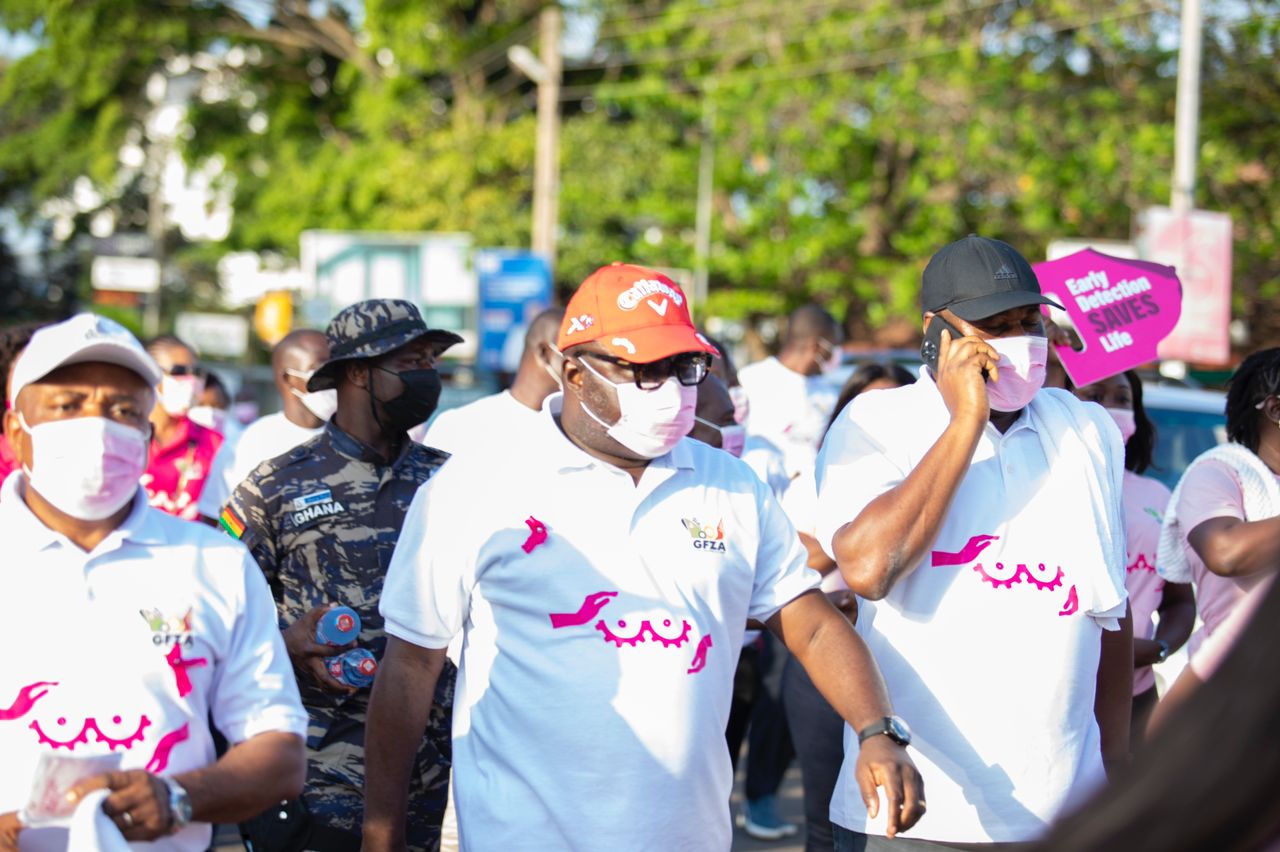 As part of activities to mark this year's Breast Cancer Awareness Month, staff of Ghana Free Zones Authority (GFZA) has besieged the streets of Cantonments and Labone in Accra to create the needed awareness of breast cancer and its impact on women and men.

The walk is also part of a series of events aimed at sensitising employees and the general public about early detection, treatment, impact and ways to prevent breast cancer.

Under the theme "Get Your Pink On," the Chief Executive Officer (CEO) of the authority, Ambassador Michael Oquaye led the staff through the streets to create awareness on breast cancer to give the campaign on the disease a national character.

Speaking to the media, Ambassador Oquaye said the campaign to create awareness on the disease was part of the GFZA's corporate social responsibility (CSR).

He said he was hopeful that the general public and employees will fully benefit from the sensitisation and the in-house breast cancer screening exercise.

He encouraged the general public to constantly check for changes in their bodies and develop healthy habits to help curb the spread of the disease.

A medical team from Afrah International Hospital is leading the Breast Cancer Screening at the Head Office of the Ghana Free Zones Authority as part of the activities.

Breast cancer treatment can be effective when the disease is identified early.

It consists of surgical removal, radiation therapy, and medication (hormonal therapy, chemotherapy, or targeted biological treatment) are used in treating microscopic cancer to prevent it from spreading from the breast tumor through the blood.

Such treatment goes a long way to prevent cancer growth and its spread, thereby saving lives.

Unlike some cancers with infection-related causes, such as human papillomavirus (HPV) infection and cervical cancer, there are no known viral or bacterial infections linked to the development of breast cancer.