Franklin Cudjoe reveals how he suffered a GH¢100,000 haircut on his investment 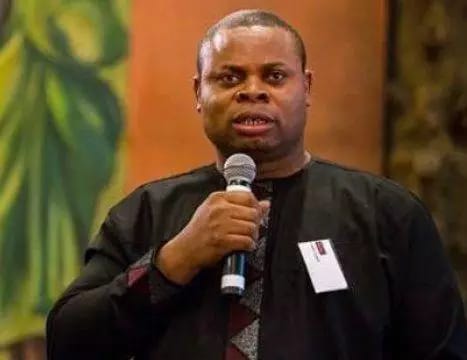 Franklin Cudjoe reveals how he suffered a GH¢100,000 haircut on his investment
30.5k Shares

The Founding President of IMANI Centre for Policy and Education, Franklin Cudjoe says his investment with a local investment company has suffered an over GH¢100,000 dip by the fair value/mark-to-market valuation directive announced by the Securities and Exchange Commission (SEC).

In a Facebook post, Mr Cudjoe said he had been given "a haircut" of a little over GH¢100,000 in investment made over the years.

He posted: "I have been given a haircut of a little over 100,000 cedis in my EDC investment made over the years based on Marked to Market value. My fund manager adds a note rather painfully, that "Investors that choose to remain in the fund until Ghana's macroeconomic health and bond prices improve are not likely to realize these losses."

"Folks, based on IMANI's analysis of government handling of finances from 2010 to 2022, leading to the publication of IMANI's Fiscal Recklessness Index, this means waiting for at least 8 years for governments not to be so reckless in pretending to manage the economy. And this will be hoping against hope. Until we fix our broken political system that rewards cheap sloganeering with limitless tax and borrowed funds to be splurged at will, we are going no where".

In response to the crisis of the country's debt stock and interest payments, the government has announced a domestic debt exchange programme.

The Ghana Domestic Debt Exchange (GDX) programme, will see domestic bondholders being asked to exchange their instruments for new ones.

The annual coupon (interest) on all the new bonds would be set at zero in 2023, which meant that next year none of the bonds would receive interest payment due the holders until at maturity, he said.

However, in 2024, the bonds would assume five per cent interest and 10 per cent from 2025 until maturity, he added.

Mr Ofori-Atta said the coupon payments would be paid twice every year (semi-annually).

The extension of the maturity period (tenor) and the phased coupon payments are expected to create fiscal space for the government to be able to invest in productive sectors of the economy to spur growth.

It will also bring the country’s debt levels to the position required by the International Monetary Fund (IMF) for countries seeking assistance from it to rebalance their books.

It is also expected to complement both expenditure rationalisation and revenue-enhancing measures outlined in the 2023 Budget and enable the country to unlock the IMF programme disbursements, which is critical to mitigating the current pressure on public finances, the Ghana cedi and inflation.

The minister indicated that the government had been working hard to minimise the impact of the domestic debt exchange on investors holding government bonds, particularly small investors, individuals and other vulnerable groups.

In line with that, he said, treasury bills had been completely exempted and all holders would be paid the full value of their investments on maturity.

“There will be no haircut on the principal of bonds. Individual holders of bonds will not be affected,” Mr Ofori-Atta said.

He said given that the financial institutions held a substantial proportion of the bonds, the potential impact of the exchange on the financial sector had been assessed by their respective regulators.

Working together, the regulators – the Bank of Ghana, the Securities and Exchange Commission, the National Insurance Commission and the National Pensions Regulatory Authority – had put in place appropriate measures and safeguards to minimise the potential impact on the financial sector and ensure that financial stability was preserved, Mr Ofori-Atta said.

The measures would ensure that the impact of the debt operation on financial institutions was minimised, using all regulatory tools available to them, he said.