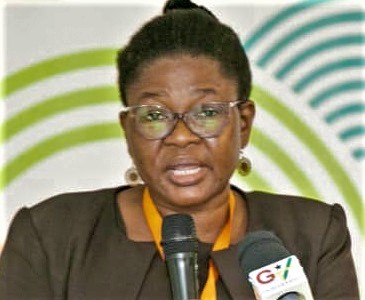 The Deputy Director and Head of Research in Applied Meteorology at the Ghana Meteorological Agency, Francisca Martey, has advised Ghanaians to put their surroundings in order by de-silting all drainage systems now that the rains have started.

She further advised that people should report anyone building on watercourses to the appropriate authorities and also desist from throwing rubbish into drains, as more rains were expected.

That was to avoid compounding flooding incidence, as those activities contributed to floods in the country, she said, adding that the impact of the rains were already being felt all around.

“All rubbish should be cleared from our gutters and those who have built on water courses should be cleared. We have to do all these before the rains reach their peak. The peak period is in June and we will be recording more rains than we are doing now,” she explained.

Mrs Martey gave the advice in an interview with the Daily Graphic after speaking at a two-week capacity strengthening and stakeholder consultation programme organised by Accelerating the Impact of CGIAR Climate Research for Africa (AICCRA).

She said the agency had just updated its records and normal rains were expected for the southern part of the country for the rest of the season, while the north would experience above average rainfall.

The programme, held in collaboration with the West Africa Regional Cluster and international partners, was aimed at empowering the country to build its resilience to climate shocks and strengthen stakeholders’ access to validated climate information services. 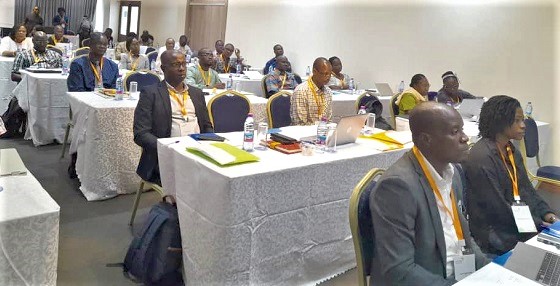 Mrs Martey advised against people driving through the rains, stressing that no matter the size of one’s car was, one should not attempt to drive when it was raining.

“No matter how huge, big or heavy one’s vehicle is, it is not advisable to drive through the rains. Doing that will endanger the driver’s life, as floods are strong and swift, and often the vision is blurred and that could cause an accident or drowning,” she said.

The deputy director explained that because Accra was not a hilly area, anytime it rained, it created a problem.

She pointed out that for the past two years, Ghana had not had the type of rains it was currently experiencing, explaining that this year’s rains were coming “in highest volumes and, therefore, causing a lot of havoc”.

Touching on climate change, Mrs Martey said climate and climate issues were becoming critical and important in the day-to-day activities of the people, including agriculture, the environment, aeronautics and disaster risk management.

She said the agency had intensified its education of farmers on how to read historical data to determine how the seasons were varying, saying that would help them in their work.

She spoke of the National Framework for Climate Services, which is in the draft stage will provide an enabling capacity for the development and application of climate change and climate services. She expressed the hope that AICCRA would help bring the framework into implementation.

Explaining the significance of the programme, the Ghana Cluster Leader of AICCRA, Dr Ghislain Tepa-Yotto, pointed out that climate change was jeopardising food systems, causing droughts and floods.

The AICCRA project, he noted, had come with innovations and technologies to help farmers face more effectively the impacts of climate change and create their resilience to help them improve and increase their yields.

“AICCRA connects existing local, regional and international expertise to strengthen the technical, institutional and human capacity of Ghanaian organisations to address the impact of climate change on Ghana’s agricultural and food system.

“Through our partnership-led approach, we aim to improve farmers’ access to climate information services and the technology and the innovation that underpin climate-smart agriculture,” Dr Tepa-Yotto said.