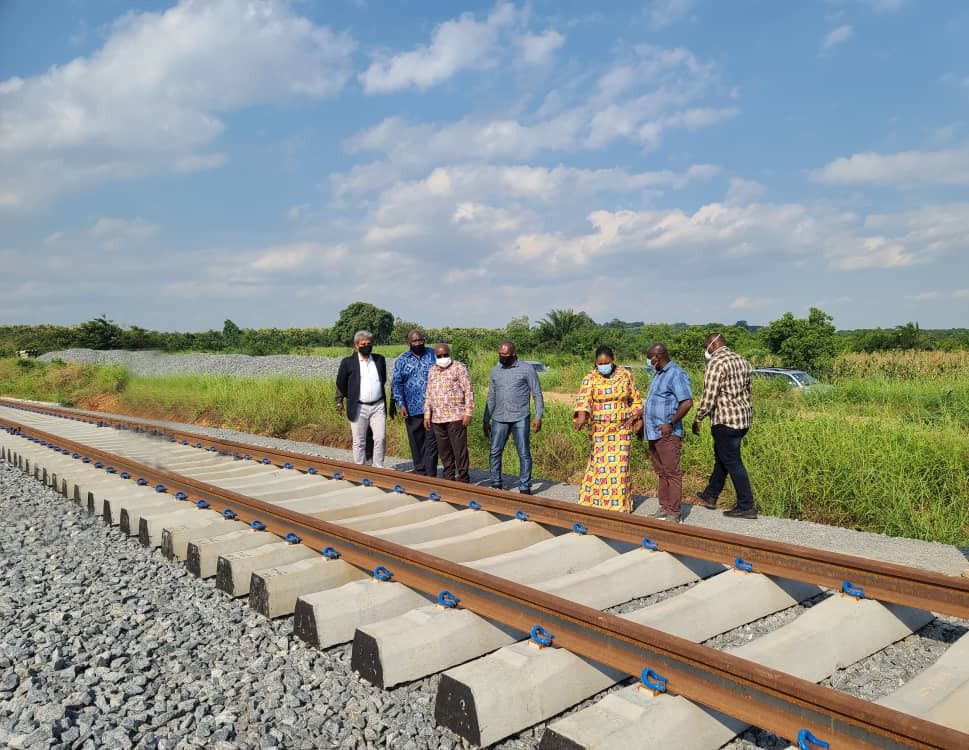 The expected return of the Accra train shuttle into full operation this month has hit a snag as a result of a devastating accident that occurred during a test run on the Accra-Nsawam railway line.

The accident, which occurred at the Pokuase section of the rail line on Monday, October 25, this year, led to the death of the Area Manager of the Ghana Railway Company Limited (GRCL), Mr Michael Asante, and caused serious injuries to two other persons.

The acting Managing Director of the GRCL, Dr Michael Adjei Anyetei, who confirmed the accident to the Daily Graphic in an interview yesterday, said it occurred when some live high-tension cables fell on one of the coaches of the train which engineers of the company were using to run a series of tests on the rail line.

About 15 workers on board the train were forced to make an emergency exit, in the course of which Mr Asante fell and was run over by the train, while two others sustained injuries.

“Some high-tension cables fell on the train and our engineer was electrocuted. It is very devastating and a big blow to the work we are doing,” Dr Anyetei said.

He explained that culvert works, which were delaying works on the line, had been completed, while its curing process was also completed, paving the way for the test runs.

After the tests, full operation would begin this month to complement the shuttle on the 30-km Accra-Tema line, he added.

No specific date has been set for the resumption of service on the Accra-Nsawam rail line.

On September 23, this year, Dr Anyetei had given an assurance in an interview with the Daily Graphic that all was set for the resumption of commercial train operations on the rail lines in Accra and noted that two coaches were to ply them, one in the morning and the other in the evening, for both lines.

Dr Anyetei said but for the accident, which was a huge setback, all was set for the resumption of commercial train operations on the 40-km Accra (Kantamanto)-Nsawam line.

However, the resumption of commercial activities on the Accra-Nsawam route would have to be delayed for some few weeks to be sure of the integrity of the lines and the trains that would run on them and ensure the safety of commuters, he said.

“We have to commiserate with the family, as custom demands, after which we will engage the Ghana Railway Development Authority (GRDA), which, per the Railway Act (Act 779), is the owner of the assets, for a joint inspection and subsequent issuance of certification to commence operations,” he said.

Dr Anyetei added that the GRCL would also work together with the GRDA to stop encroachment on the lines, which he said had been a major concern for the company.

Aside from taking over the ‘right of way’ of the trains, the activities of people and animals distorted the integrity of the lines, the acting managing director said.

“I have personally led three separate demolition exercises in the past but the people always come back, so we are working on a permanent solution because we don’t want animals and humans to be crossing the lines,” he said.

He said the permanent solution would include fencing both sides of the entire railway line.

Meanwhile, he said, structures situated 60 metres from the centre of the railway line on both sides would be marked for demolition.

To ensure that such accidents did not occur in the future, Dr Anyetei said the company would engage the power company responsible for the overhead high-tension cable that caused the accident for the appropriate actions to be taken.

Once a blistering line that served as means of transport for traders and commuters, no train has run on the Accra (Kantamanto)-Nsawam rail tracks since March 20, 2020.

In the absence of the trains, the Daily Graphic observed that there is massive encroachment along the rail tracks, mostly at Kantamanto in the central business district, as makeshift residential settlements have taken over the few train stations dotted along the route.

At some places, scores of broken-down vehicles have been abandoned on the rail lines.