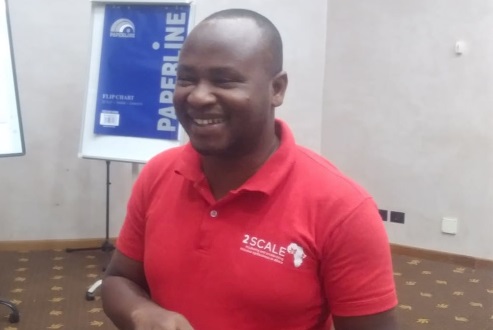 The Country Team Leader of 2SCALE, an organisation focused on agribusiness inclusion, Jalil Zakaria, has called on farmers to make conscious efforts towards increasing sorghum cultivation to meet the rising demand for the crop.

He said “sorghum is potentially an import substitution commodity and that there is the need for local production of the commodity to prevent organisations, especially brewery companies, from importing it from outside the country”.

Mr Zakaria was speaking in an interview with the Daily Graphic at the end of a day’s stakeholders’ meeting with some key players in the agricultural sector in Bolgatanga in the Upper East Region.

The meeting organised by 2SCALE brought together participants to dialogue on how to scale up the production of sorghum seed to attract more farmers to go into its cultivation.

“We need to encourage the brewery companies to do internal sourcing of sorghum and not consider the importation of sorghum to supplement their requirements,” Mr Zakaria stated.

He said that one of the key challenges to sorghum production was the unavailability of seeds, saying “the Savanna Agricultural Research Institute (SARI) mandated to produce foundation seed had completed its work by producing two tonnes of the seed”.

He said his outfit was galvanising support from seed growers to pick the foundation seeds and multiply them into certified seeds, which would be made easily available for farmers to buy and plant to increase production.

Further, he hinted that plans were far advanced towards the introduction of hybrid seeds in the system, after it had been certified by a regulatory body for it to be made available to the farmers.

The Director at SARI, Dr Francis Kusi, said the institute was working closely with other stakeholders to ensure that quality foundation seeds were readily available to farmers to go into cultivation.

He urged seed growing companies to visit SARI to pick the seeds and make them available to the farmers so that by June 2023, they could go into production and meet the huge demand for the crop.

“There is an assured market for the crop and therefore I urge farmers to go into its cultivation to generate additional income to better their lives,” he said adding “our major preoccupation is to develop a seed system for sorghum, where there will be the availability of foundation and certified seeds for the crop”.

For his part, a representative of the Peasant Farmers Association of Ghana (PFAG), Beni Joseph Walier, said having access to quality sorghum seeds was a major challenge and therefore urged stakeholders to fast track efforts towards making the seeds available to farmers to increase production.