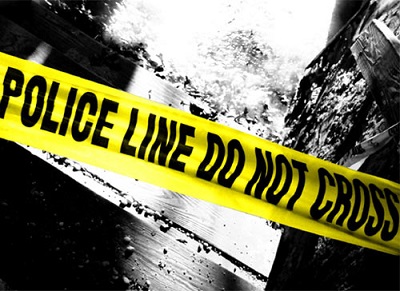 A 53-year-old has committed suicide after shooting and killing his 50-year-old wife at Krakrom, near Nkrankwanta in the Dormaa West District in the Bono Region.

The man, Agya Yaw Simon, a farmer, reportedly lost his temper following a heated argument between him and his wife, Patricia Tuah, leading to him shooting her on their farm.

Then, moments later, after realising what he had done, he also took his life.

The Bono Regional Police Public Relations Officer, Chief Inspector Augustine Kingsley Oppong, who confirmed the incident in an interview with the Daily Graphic, said the police had information about 5 p.m. last Tuesday about a murder and proceeded to the crime scene, where they found two dead bodies.

Chief Inspector Oppong said initial investigations indicated that on the said day, Madam Tuah, also known as Auntie Akosua, and a relative of hers, Mary Pokuaa, had gone to the farm, with Agya Simon following up later.

After some time, Pokuaa rushed back to the community to inform Tuah’s brother, Andrews Asare, and the assembly member for the community, Agyemang Yeboah, that Agya Simon had murdered Tuah on the farm.

A report was made at the police station and the police proceeded to the farm, which belongs to Tuah.

On the farm, the police found Tuah’s lifeless body lying in a pool of blood, with a broken right leg and blood oozing from the nose and ears, while a stick lay beside her.

About 100 metres away from where she was found, Agya Simon’s body was also found lying in a supine position, with part of his head blown off and blood oozing from his wounds.

Between his legs was a single-barrelled gun and an empty cartridge.

The bodies have since been conveyed to the Presbyterian Hospital in Dormaa Ahenkro for preservation and autopsy.

Chief Inspector Oppong said as part of the investigations, the police followed up to the community, where some neighbours said Tuah, who had six children from her previous marriage, had been living with Agya Simon for some time now.

The two had no child between them.

As is the case with many couples, the pair often had some misunderstandings, and the people believed it was one such misunderstanding that had escalated, leading to the unfortunate incident.

He explained that over the past two years, about six incidents of husbands killing their wives had occurred in the Nkrankwanta area, with all of them still under investigations, although the circumstances under which they occurred had made it difficult to make any conclusive findings.

He said there was the need to unravel the mystery behind such happenings in order to find a lasting solution to those heinous crimes in the area.