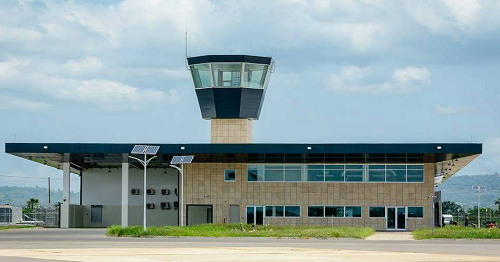 A Family in La is currently battling the Ghana Airport Company (GACL) and the Ghana Civil Aviation Authority (GCAA) at the Accra High Court over lands being used for the Airport City Project.

The Odoitso Okoikwao family filed the suit with the case that the land is their ancestral land which was reaffirmed by a High Court decision in 1958.

The family accused the defendants of selling the lands to private individuals and entities without any recourse to them.

“The first and second defendants have made huge sums of money from the sale of the plaintiff’s family land and are still in the process of alienating more of same to the third parties,” the plaintiff averred

The plaintiff is seeking a declaration from the court to the effect that they are the owners of the land which forms part of their ancestral lands.

They also want further declaration that GACL and GCAA are not the owners of the land and, therefore, have no legal or equitable interest in the land.

Also, it is seeking an “order or perpetual injunction restraining GACL and GCAA, their agents, assigns, workmen or otherwise, however described, from interfering with the plaintiff’s lands”

The family also wants the court to award damages against GACL and GCAA for trespass, as well as an order for costs and order for the defendants to render accounts on all the land sold.

The defendants have denied all the averments by the plaintiff and have mounted a defence that the land in question does not belong to the Odoitso Okoikwao family.

According to the GACL, the land was compulsorily acquired by the colonial government on September 1, 1944 to be used as an airfield as part of British’s efforts towards the Second World War.

“The compulsory acquisition was necessitated when upon the outbreak of the Second World War and the recognition of West Africa’s advantageous position, Accra Airport was identified as a strategic staging-post for a reinforcement of Allied Forces for which reason more developments to the existing aerodrome were deemed to be necessary,” the statement of defence said.

It added that after the end of the war, the colonial government reverted the land for civil use as part of the Accra Airport project.