Factory launches tissue made from bamboo 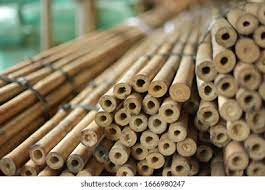 A Local company, GoodRoll Factory Ghana Limited, has launched its first products, a tissue paper, made from bamboo.

One-District-One-Factory (IDIF) factory established this year at Akwamufie in the Eastern Region, produces 120, 000 bamboo toilet rolls daily, with a target to reach about 20 per cent share of the paper market in the country in the next three years.

It employs 103 people out of which 19 are women with 82 of the workers directly employed from the Akwamufie community and its environs-Ajena, Gyekiti, Aboasa, Atimpoku and Akosombo.

The company which is the local subsidiary of Netherlands based The GoodRoll has other partners such as Pro-link, a non-governmental organisation.

The Finance and Administrative Officer of the company, Mohammed Sani Adjei, said the company had made arrangements with the Forestry Commission and other relevant organisations to secure about 200,000 bamboo seedlings to farmers for them to replant to ensure regular supply of the raw materials for production.

Mr Adjei further explained that there were over 200 bamboo farmers located in the factory's catchment area planting bamboo trees that grow fast to replenish what has been used for production.

He said when the bamboos were produced into the brown toilet tissues, no chemicals were added which made them very ecofriendly and harmless to the human body.

The Director of Project and Corporate Social Responsibility (CSR), Allan Thompson, and the Chief Executive Officer of the company, Muntaka Ibrahim, for their part, said the company was working with a number of organisations including some students from the Kwame Nkrumah University of Science and Technology (KNUST) in Kumasi in the Ashanti Region to calculate the amount of carbon bamboo trees could absorb from the atmosphere.

They said the company also established the GoodRoll Foundation to execute a number of projects as part of its CSR to provide some basic needs such as toilet facilities, distribution of sanitary pads to girls in schools where GoodRoll has facilities and embarking on Menstrual Hygiene Education in selected schools.

The Technical Advisor and Founder of Pro-link, Dr Bernice Adiku-Heloo, was delighted about the partnership that existed between her organisation, GoodRoll, and the beneficiary communities to ensure the achievement of various goals including Sustainable Development Goals (SDGs).

The Executive Director of the Environmental Protection Agency (EPA), Dr Henry Kwabena Kokofu, in a speech read on his behalf by the deputy Executive Director, Dr Christine Asare, called on communities to plant more bamboo trees to lessen the logging of trees and reduction of forest cover.

Dr Kokofu said Ghana needed between $ 9.3 and $15.5 billion of investment to help reduce Green House Gas emissions and climate adaptation in several priority sectors under its Nationally Determined Contribution (NDC). The NDC is an agreement that affirms the country's resolve to address the impacts of climate change on the country's economy and its vulnerable people.